Shukla had been in jail for almost a month for his alleged role in the murder of two CMOs Dr Vinod Arya and Dr B P Singh who were gunned down allegedly in connection with the NRHM bungling.

The court, however, granted Shukla bail following the Central Bureau of Investigation's failure to furnish any concrete evidence linking him to the murders.

The bail order, though, is not without riders.

Dr Shukla will have to surrender his passport and make periodical appearances before the court without whose permission he would not be allowed to leave the district.

Nearly Rs 5000 crore out of the Rs 9000 crore allocated by the Union government between 2005 and 2011 towards the NRHM projects in the state is suspected to have been pilfered and the booty was allegedly shared between ministers, IAS officers, doctors, engineers and other government officials.

While Rai and Singh were gunned down outside their homes while on their routine morning walk, Sachan was allegedly strangulated inside the Lucknow district jail after being taken into custody. 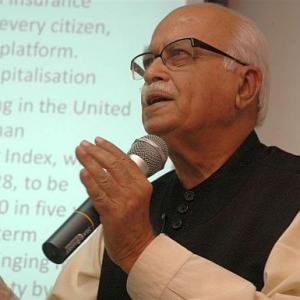 BJP has let down people; party's mood not upbeat: Advani