A man set his car ablaze and fired gunshots in the air, triggering panic among locals following which he along with his female associate were taken into police custody, officials said on Thursday. 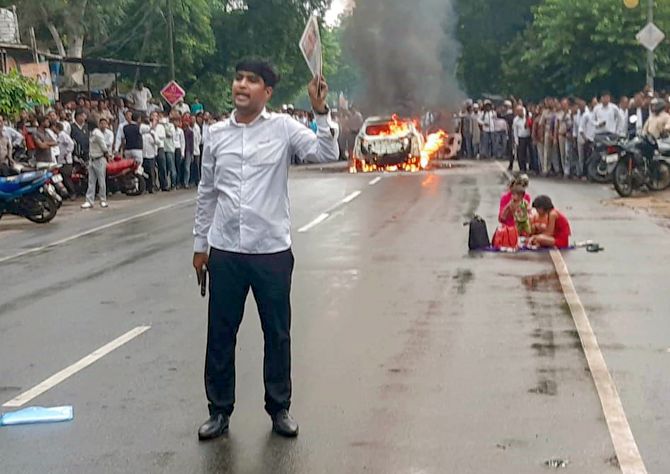 IMAGE: A man armed with a pistol creates ruckus outside the Mathura SSP office as his car which he set on fire burns in the background. Photograph: PTI Photo

The incident took place at Sadar Bazar area at around 4.45 pm when the man stopped his vehicle outside the civil court and set it on fire.

"The man and the woman emerged out of the vehicle. While the woman, holding a firearm in her hands, squatted on the road, the man started yelling something, set his SUV on fire and fired gunshots in the air," senior superintendent of Police, Mathura, Shalabh Mathur said.

He said while the car burnt, the man kept firing in the air, even as locals present in the vicinity ran in panic.

"The man has been identified as Shubham Chaudhary. He was pacified by the police and the situation was brought under control. He was taken into custody," Mathur said.

The police said Chaudhary was apparently peeved as his wedding with the woman had been called off.

It appeared to be a "family dispute that came out in the public", the police said.

The police said the actual cause is yet to be ascertained as there were inconsistencies in the statement given by the woman and the man.

Mathur said the firearms used by both the accused during the incident were illegal and they have been taken into custody for further questioning. 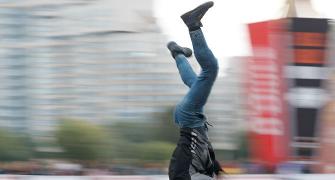 The wonderfully, weird world we live in! 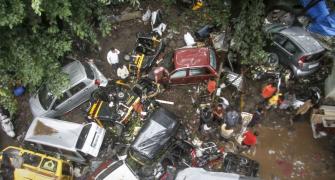 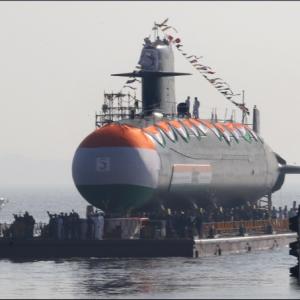