Will this management graduate hit a 'sixer' in Rae Bareli?

It will be a 'sixer' of a different kind which 29-year-old management graduate Aditi Singh is eyeing in the Rae Bareli assembly seat that her father won five times in a row. 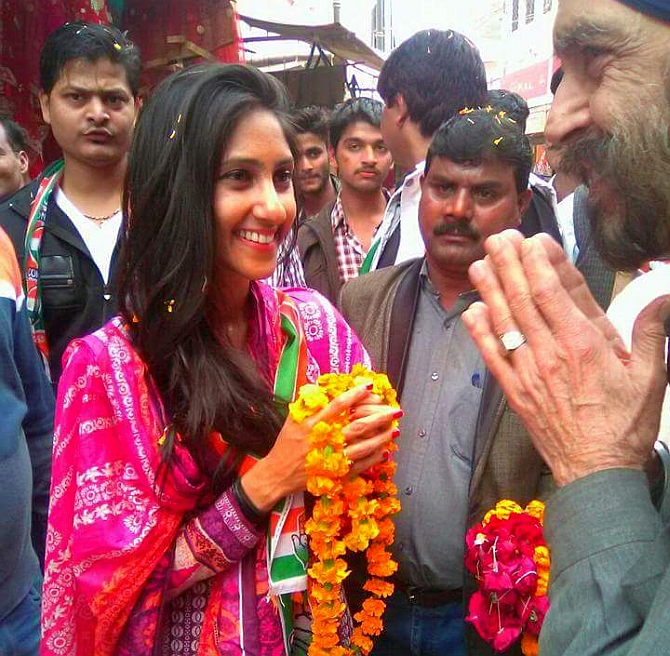 Aditi, a management degree holder from North Duke University, North Carolina, returned to India in 2013 and since then has been working for the constituency nurtured by his father, Akhilesh Pratap Singh, the sitting MLA.

Stepping into her father's shoes, she hopes to continue the political legacy by winning the seat that would be the sixth continuous victory for the family.

Akhilesh, a five-time MLA has been winning the Rae Bareli Assembly seat since 1993, the first three wins coming when he contested as a Congress candidate.

Aditi is contesting on a Congress ticket.

Before he tested his popularity among the voters, Akhilesh's cousin Ashok Singh won the seat twice (1989 and 1991) on a Janata Dal ticket.

"I am hopeful of wining the seat this time. I have been working in this constituency for sometime and I am getting a good response from the electorate here. They trust my father and I am there to serve them," Aditi said.

In the 2007 and 2012 UP Assembly elections, when Congress Vice President Rahul Gandhi and sister Priyanka campaigned against Akhilesh in their mother Sonia Gandhi's constituency, they failed to turn the tide in favour of Congress candidates and he won both the times. 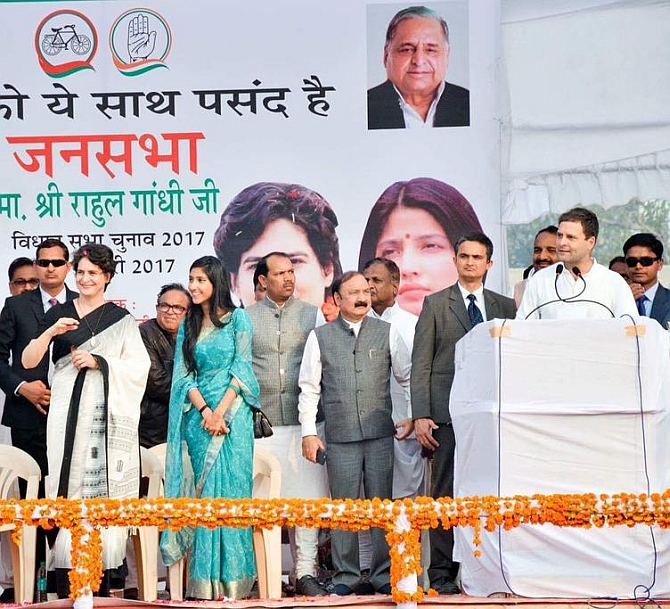 Akhilesh, who has a number of cases against him, is considered a heavyweight in the constituency and has a Robin Hood-type image.

"We have full faith in Akhilesh 'bhaiya' (brother) as he is available in times of trouble. This is the reason people like him and trust him," said Mahesh Bajpai, a local supporter of the MLA.

Akhilesh had won the 2007 election as an Independent and in 2012 he was elected on a Peace Party ticket, while he had won the polls on a Congress ticket in 2002.

This time Aditi is being challenged by 12 other candidates including Anita Srivastava of the BJP and Mohammad Shahbaj Khan of the BSP. But, with Samajwadi Party being in alliance with Congress, Aditi feels she will have an upper hand.

Both Rahul and sister Priyanka also campaigned for Aditi and sought votes for her.

While Rahul has been campaigning for the nascent alliance throughout the state, Priyanka in her maiden visit had appealed to voters to choose Aditi and had also attacked Prime Minister Narendra Modi on his "adopted son" remark. 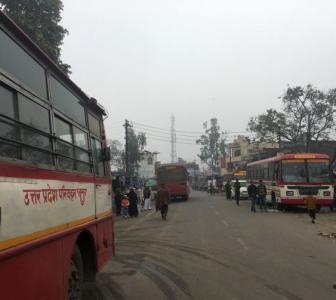 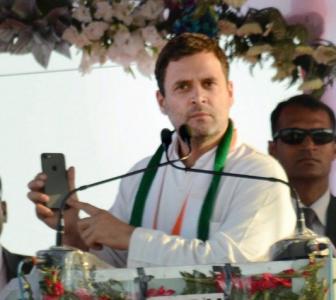 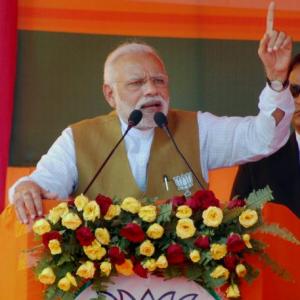 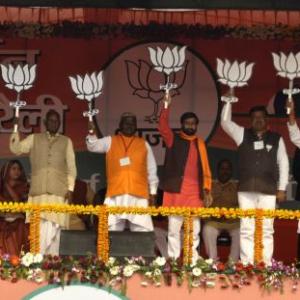