While Prime Minister Narendra Modi and Bharatiya Janata Party president Amit Shah are being showered with accolades for securing a historic victory in the Uttar Pradesh elections, the milestone's scriptwriter, Sunil Bansal is glad his hard work has finally paid off. 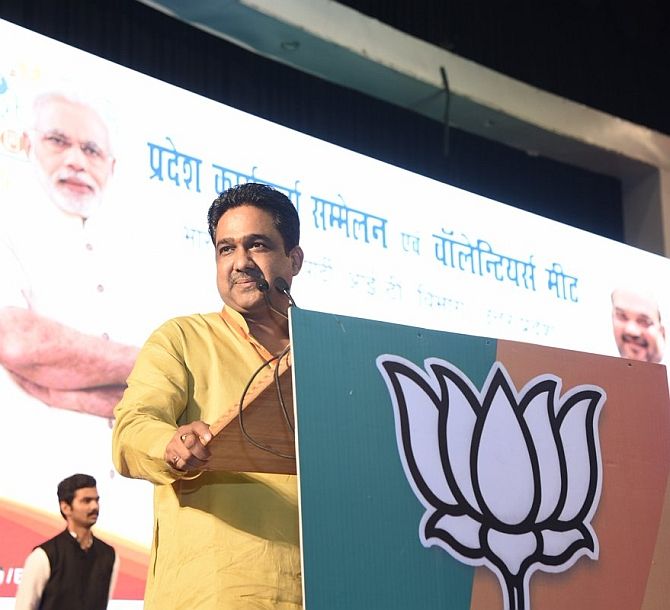 Bansal, a former Akhil Bharatiya Vidyarthi Parishad activist from Rajasthan, had been appointed joint general secretary (organisation) in the BJP’s Uttar Pradesh unit by Shah during the 2014 Lok Sabha elections to be his eyes and ears in the state.

The core tasks of Bansal, today also referred to as Shah's right-hand man, included monitoring the prospects of the party in each constituency based on independent survey inputs, and planning the rest of the campaign.

In conversation with NDTV last month, Bansal said he noticed three key weaknesses that he sought to fix -- one, to remedy the party's poor rural outreach, the BJP fought panchayat elections in UP in 2015, with a far greater intensity than before, contesting around 3000 seats. It only won about 350, but the exercise impelled it to create a village-level talent pool that would prove invaluable.

Two, in 2014, the party had a presence in less than a fourth of Uttar Pradesh's 1.4 lakh booths, the basic unit of election management. By late 2016, an aggressive membership drive had helped the BJP extend its reach to close to 1.28 lakh booths.

Three, Bansal said, a call centre of 150 people, based out of Lucknow, constantly dialled workers to authenticate them; those that turn out to be "ghosts" were dropped. This allowed the BJP to remedy its image of a largely upper caste party.

"Bansal though stationed in Lucknow was in town hardly 3 to 4 days a month. He was constantly on the move visiting each district and created the bulwark for the campaign launch," a BJP leader in Delhi told News18.

The BJP reached out to non-Jatav Dalits and non-Yadav OBC castes. The party's leadership in the districts, and the distribution of party tickets, reflected this changed social character of the BJP.

In ticket distribution, BJP learnt its lesson from Bihar and gave tickets to just about a dozen Yadav candidates. The focus was on upper caste and non-Yadav OBC. Almost one third of the party candidates were Brahmins and Rajputs. BJP now baited more than 130 non Yadav OBCs and over 80 dalits in this election.

This was resented among its predominantly upper-caste leadership, but Bansal was unrelenting in pushing the state BJP unit in organising regional meetings of booth-level workers and increasing the party’s engagements with Dalits, OBCs, women and youth.

Bansal said the BJP had given 15 tickets to Jat candidates in Phase 1, including on all five seats in Baghpat. That showed we are with the Jats. On the other hand, RLD gave a bulk of tickets to non-Jats. Jat voters won't get divided," Bansal said.

The response to the Dalit outreach was lukewarm, and the Yadav family feud increased Chief Minister Akhilesh Yadav's chances manifold. However, party sources said that Bansal, with his ears to the ground, reacted quickly to these emerging trends, including junking references to the prime minister's demonetisation drive in the party’s election campaigning. 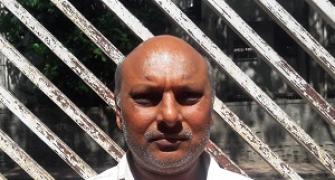 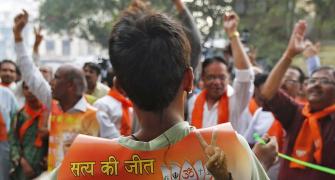 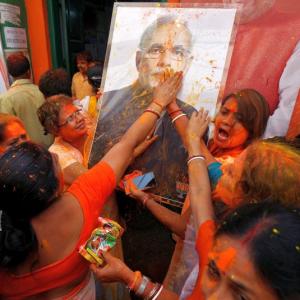 BJP scores landslide win in UP, U'khand; Cong ahead in Punjab 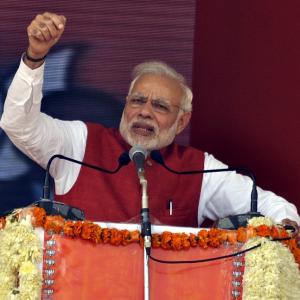