With the Opposition clamour growing over rape accused MLA Kuldeep Singh Sengar's expulsion from the Bharatiya Janata Party after an FIR was lodged against him in connection with an accident that claimed two lives and injured two others including the rape survivor, the saffron party on Tuesday said it had suspended the lawmaker long ago. IMAGE: BJP MLA Kuldeep Singh Sengar was among the 10 people named in an FIR registered on Monday in connection with a road accident in which the Unnao rape survivor and her lawyer were critically injured and her two aunts killed. Photograph: Nand Kumar/PTI Photo

"Sengar was suspended by the party earlier and there is no change in his status," said Uttar Pradesh BJP president Swatantra Dev Singh.

"There is no change in the position of the party and the government, which is standing with the victim of the Unnao (rape) case," he said, adding that all possible help was also being extended to the accident victims undergoing treatment in a hospital here in the state capital.

The demand for Sengar's expulsion from the ruling BJP was led by Congress leader Priyanka Gandhi Vadra, who, in a tweet on Tuesday morning, said, "For Gods sake, Mr. Prime Minister, divest this criminal and his brother of the political power your party is giving them."

On Monday, Priyanka Gandhi, who is the Congress general secretary in-charge of eastern Uttar Pradesh, had said, "What is the BJP waiting for? Why has this man not been expelled from their party even when his name is in the latest FIR in the Unnao rape case?" 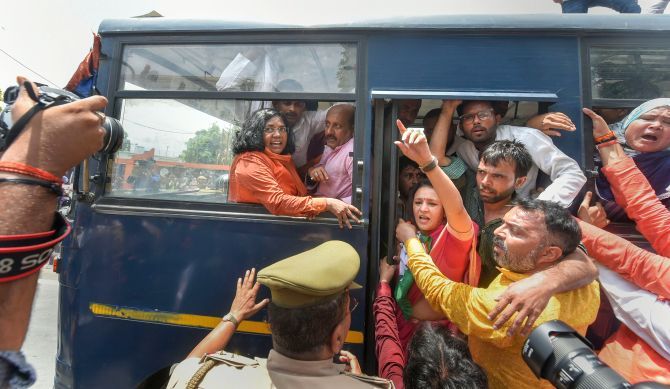 IMAGE: Congress leader Savitribai Phule and other workers being taken away by the police during their protest over the Unnao case, near the BJP office in Lucknow. Photograph: Nand Kumar/PTI Photo

With the party leadership taking this stand, Congressmen came out against the BJP in Lucknow staging a dharna and demanding Sengar's expulsion from the saffron party.

The Congress workers were detained as they started marching towards the BJP office.

Bahujan Samaj Party chief Mayawati had also accused the saffron party of complicity in a tweet, saying, "The meeting of BJP MP Sakshi Maharaj with the rape-accused BJP MLA in jail proved that the raped accused is continuously getting the patronage of the ruling BJP... The Supreme Court needs to take cognisance of it."

Samajwadi Party president Akhilesh Yadav visited the hospital to meet the rape survivor and her family.

Jailed BJP MLA Sengar and nine others were booked on the charge of murder on Monday, a day after the car in which the 19-year-old rape survivor, her family and lawyer were travelling was hit by a speeding truck in Rae Bareli, killing two of her family members and leaving her and the advocate critically injured. 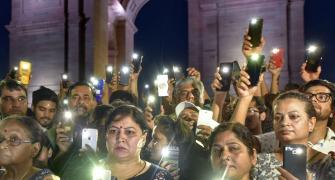 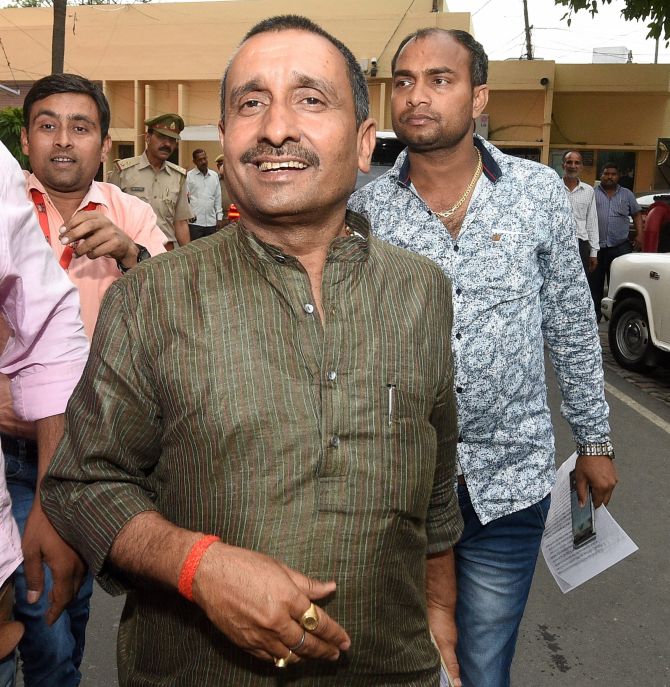