Unlocked: The mystery behind heart failures 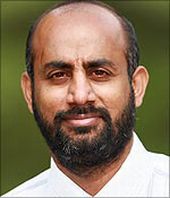 One in 25 people from India and other South Asian countries carries a mutated gene that causes heart failure.

Studying this gene and the protein it encodes could lead to new treatments for heart failure, says Sakthivel Sadayappan, a US-based Loyola University Health System researcher.

Sadayappan, who has studied the gene and protein for 15 years, wrote about his observation in the Journal of Molecular and Cellular Cardiology.

Investigating the protein could provide 'a better understanding of the mechanics of heart function during health and disease,' Sadayappan and David Barefield wrote.

Barefield is a graduate student; Sadayappan is an assistant professor in the department of cell and molecular physiology at Loyola University Chicago's Stritch School of Medicine.

Previous studies have found that about 4 per cent of people who live in India, Pakistan, Sri Lanka, Indonesia and Malaysia carry the mutation. Carriers have about a 90 per cent chance of developing heart failure after age 45. About 60 million people worldwide, including about 40 million Indians, carry the mutation.

Sadayappan said the mutation likely arose in a single person roughly 33,000 years ago, and spread throughout South Asia.

'The gene encodes for a protein, called cardiac myosin binding protein-C (cMyBP-C), that is critical for the normal functioning of the heart. In the mutated gene, 25 base pairs (DNA letters) are missing. As a result, the tail end of the protein is altered. Due to this modification, the protein is not properly incorporated into the functioning unit of cardiac muscle called sarcomere. Consequently, the heart does not contract properly,' he wrote.

In younger carriers, the heart can compensate for this defect. But as the person ages, heart muscle becomes inflamed and does not work well, a condition called cardiomyopathy.

The most common manifestation of cardiomyopathy is heart failure -- when the heart cannot pump enough blood to the rest of the body. There is no current treatment to prevent heart failure in people who carry the mutated gene. However, a heart-healthy diet and exercise can delay the onset, and drugs can manage symptoms.

Sadayappan and other scientists are researching how cMyBP-C functions. And improved understanding of this crucial protein, Sadayappan said, could lead to new drugs to treat heart failure.

Next year is the 40th anniversary of the discovery of cMyBP-C, and scientists still have much to learn about the function of this protein in the heart.