The Congress on Saturday accused the Bharatiya Janata Party of showing insensitivity towards the Hoshiarpur rape victim and said the ruling party was politicising the issue due to Bihar elections. 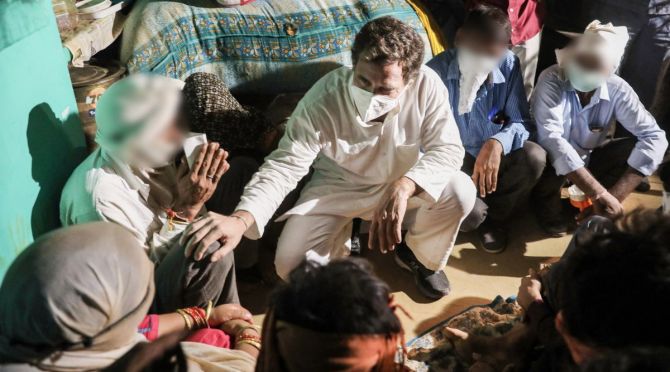 Congress leader Rahul Gandhi said that unlike the Uttar Pradesh government, the Punjab government was not denying that the girl was raped and it was not blocking justice.

He said if they did, he would go there and fight for justice too.

"Unlike in UP, the governments of Punjab and Rajasthan are not denying that the girl was raped, threatening her family and blocking the course of justice. If they do, I will go there to fight for justice," he tweeted.

Asking top BJP ministers Nirmala Sitharaman, Prakash Javadekar and Harsh Vardhan where they were during the Hathras incident, Mahila Congress chief Sushmita Dev said they were only raking up the Punjab rape case for political gains in Bihar.

"I hope that Nirmala Sithraman ji will stop displaying insensitivity towards a sensitive issue like this. Don't politicise it. The nation understands that you have suddenly woken up from your deep sleep because Bihar is in election mode.

"Your party, your leaders, your prime minister do not see beyond elections and that's why, all of a sudden, you have decided to make Hoshiarpur an issue," she told reporters.

Drawing a distinction between Hathras and Hoshiarpur rape cases, she said while the opposition parties felt the need to visit the Hathras victim's family due to the insensitivity of the Uttar Pradesh government, "they may not feel the same need in the case of Punjab".

She claimed that the chief minister and the DGP of Punjab are personally looking into the matter and have already invoked sections of the Protection of Children from Sexual Offenses Act, besides standing with the victim's family.

She said the chief minister has insisted on exemplary punishment.

The Punjab State Women's Commission and the SC Commission have taken cognisance and asked for a report from the SSP in the case, she said, claiming that the UP government did not even register an FIR for the offence of rape and intimidated the victim's family in the Hathras case.

Speaking after the BJP attacked the Congress asking why Rahul Gandhi and Priyanka Gandhi Vadra had not visited Hoshiarpur like they had Hathras, Dev asked if anyone can accuse the Punjab government of threatening the victim's family like UP government did.

"Another reason why opposition leaders felt the need to visit Hathras and not Punjab is that the additional director general of UP said there is no rape in the Hathras case. Can anybody say that the
Punjab Police or any police officer in Punjab is denying rape? In fact POCSO has been invoked," she said.

The Mahila Congress chief said while Uttar Pradesh beat up media people, Punjab has not tried to hush up this case.

"Where were you Nirmala Sitharaman ji, when BJP leaders in Hathras were rallying with the accused and victim-shaming Hathras' daughter who was killed so brutally? Where were you, why were you silent," she asked, asserting that she was "appalled, disgusted and disheartened to see the finance minister spend a lot of time to raise the issue.

Separately, Rahul Gandhi attacked the government on economic issues and tweeted, "Our PM teaches India how to run from the truth. Millions of people have lost their dignity and livelihoods as a result."

He cited media reports quoting the RBI Monetary Policy Committee meeting saying that it may take years to regain the lost GDP. 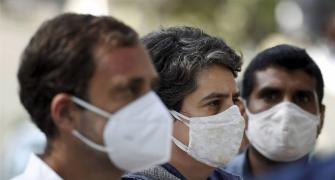 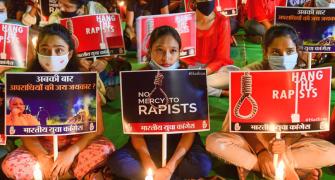 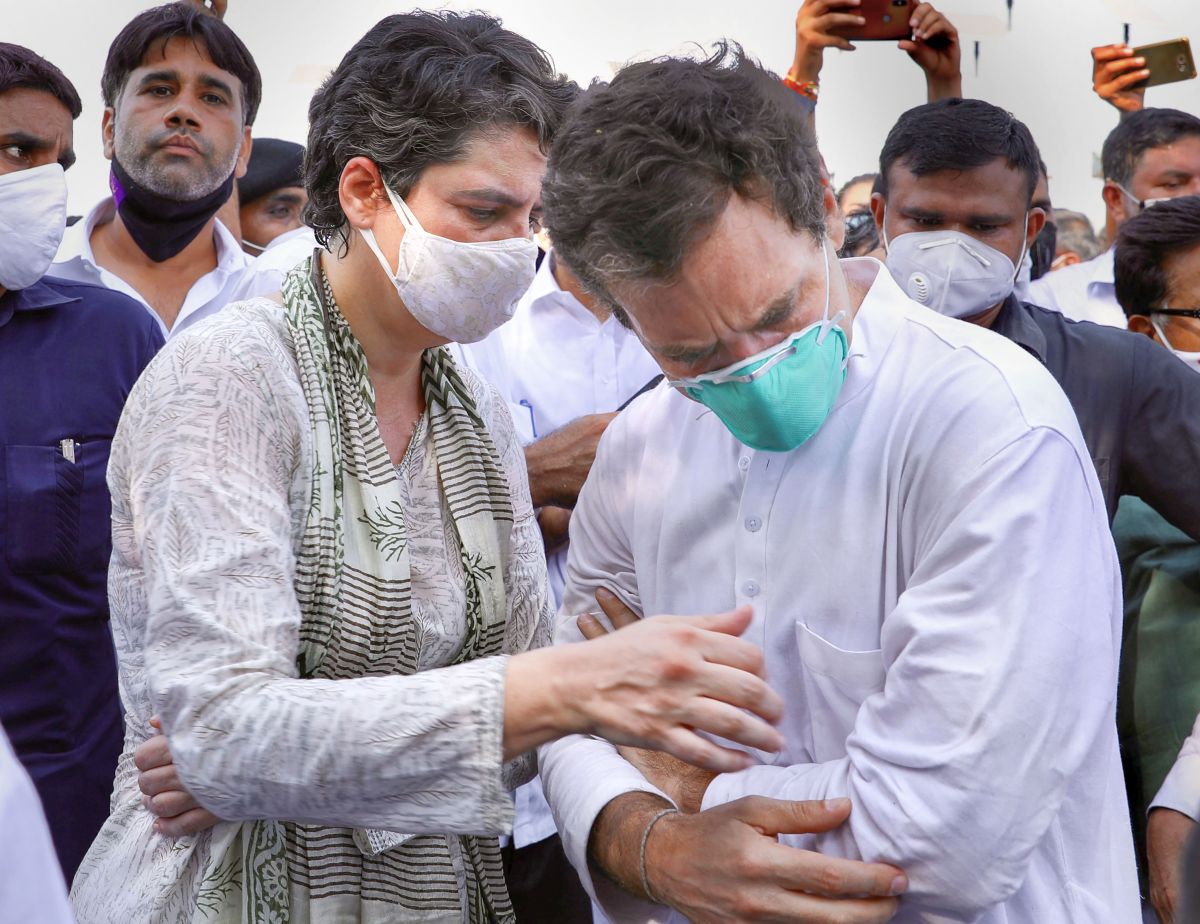