Uniform Civil Code: Goa has its own version, but with a few flaws

Uttarakhand Chief Minister Pushkar Singh Dhami said soon after taking oath that his government would form a committee to implement a Uniform Civil Code in the state, projecting it as the first in the country to do so. The reality is somewhat more nuanced and not so clear cut. 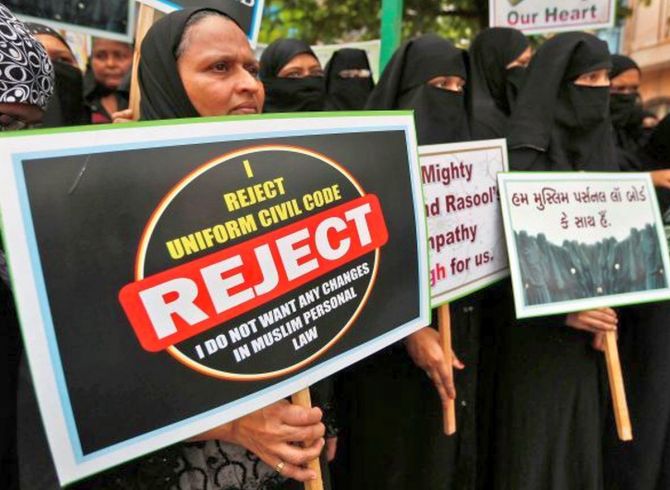 A version of UCC, a hot button issue, already exists in Goa, albeit with exceptions, and experts point out that it is basically a European law founded in Christian teaching.

Still, it is uniform enough to ensure equality for all Goan residents, irrespective of religion, gender etc.

Though Dhami, who took oath as chief minister of the hill state for a second time last month, quickly added that "perhaps it is already in force in Goa", several outlets across platforms quoted him as saying Uttarkhand would be the first.

Setting the record straight, Radharo Gracias, a Goa-based lawyer and legal expert, said, “Fortunately for us, we have no experience of laws of different religions. For all Goans, law is the same.”

“The Uniform Civil Code in Goa applies to everyone irrespective of religion, sex, order of the birth etc. Therefore all rights are given uniformly, equally without any distinction,” added former Goa advocate general Carlos Alvares Ferreira.

Goa has been following the Portuguese Civil Code 1867, which is also called Uniform Civil Code.

After its liberation from Portuguese rule, the UCC survives through Section 5(1) of the Goa, Daman and Diu Administration Act, 1962.

The continuance of a UCC in the coastal state amounts to non-enforcement of the Hindu Marriage Act 1955 and Hindu Succession Act 1956 as well as the Indian Succession Act 1925 or Shariat (Application) Act 1937, said experts.

“Portugal, which gave us the Uniform Civil Code in 1867, has amended it in its country in 1966, due to the existing flaws,” Ferreira told PTI.

According to Ferreira, Goa's version of the UCC cannot be called “best in the country” due to certain flaws.

“The first flaw is the retention of ‘legitime' (which is known as disposable quota). It is like 50 per cent of your share which has to be kept for dependents and above that is your disposable quota… If as a parent I want to give my house to my elder son, I cannot do it... as per legitime, my other son will come and fight for it,” he explained, giving one instance.

Ferreira described Goa's UCC as being “very much in line with our Constitution of India which protects the right of equality”. However, it cannot be compared with a pan-India UCC as that is yet to be envisaged, he said.

“When we talk of empowering women... this is a law which empowers women in the real sense,” he said, adding that it protects the rights of the weak.

Another feature of this law is that it recognises the inheritance rights of illegitimate children, he said.

“The law practiced in Goa is a law framed by the Portuguese for their colonies. This law was specific to Goa, Daman and Diu. For other colonies, there were similar laws with suitable amendments,” Gracias commented.

In his view, the law in Goa is “basically a European law arising out of essential Christian teachings”.

“If we are going to have a Uniform Civil Code, the differences in different laws have to be reconciled,” he said, adding that any UCC envisaged will have to bring in a law that will override personal laws.

Giving his opinion, legal expert and lawyer Cleofato Coutinho said a UCC is always good but what Goa actually has is a Portuguese civil code.

“This law is much better than the laws in other parts of the country, mostly because it provides gender justice,” he commented.

As the discussion over a UCC for the country gathers pace, experts are also divided on whether a state has the power to bring such a law.

Constitution expert and former Lok Sabha secretary general P D T Achary told PTI that both the Centre and states are empowered to bring such a law, saying issues such as marriage, divorce, inheritance and property rights come under the Concurrent List of the Constitution.

But former Union Law secretary PK Malhotra was of the view that only the central government can bring such a law by moving Parliament.

Achary said a state assembly can make laws for the community living in that state.

"That means local variations can be recognised through a law made by the state government." he said.

According to Malhotra, however, since Article 44 of the Constitution refers to all citizens throughout India, only Parliament is competent to make such a law.

Article 44 of the Constitution provides that the State shall endeavour to secure for the citizens a uniform civil code throughout the territory of India.

A UCC has been a part of successive election manifestos of India's ruling Bharatiya Janata Party, of which Dhami is a part.

Rupesh Samant in Panaji
© Copyright 2022 PTI. All rights reserved. Republication or redistribution of PTI content, including by framing or similar means, is expressly prohibited without the prior written consent.