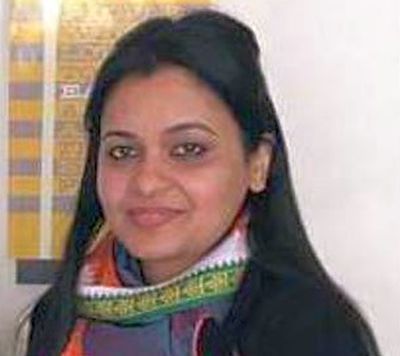 Rohit Shekhar Tiwari's wife was arrested on Wednesday for allegedly 'smothering and strangulating him in a fit of anger' following an argument over him drinking alcohol with his sister-in-law, police said.

Among the other triggers that led to the killing were a 'turbulent and unhappy' married life and the fact that Rohit Shekhar was planning to give his share of property to his sister-in-law's son, they added.

Rohit Shekhar, the son of late veteran politician N D Tiwari, was smothered to death on the intervening night of April 15 and 16, an autopsy report said.

Apoorva Shukla was sent to two-day police custody by a Delhi court on Wednesday.

The judge also directed that the accused will be medically examined as per rules and allowed her lawyer to be present with her during interrogation and serve a copy of first information report.

The police told the court that they want to find out more clues related to this case and ruled out the possibility of any other suspect.

The lawyer appearing for Shukla opposed the plea for custody saying that she has cooperated throughout the investigation.

"On the night of the incident, the couple had a fight over a relative. Rohit had been drinking all the way from Uttarakhand to Delhi and was not in a condition to resist.

"During the fight, she pounced on him and smothered him," Rajeev Ranjan, Additional Commissioner (Crime), said.

During inquiry, it was found that Rohit, along with his mother and other relatives, went to Kathgodam in Uttarakhand to cast his vote on April 11 and returned by late evening on April 15, Ranjan said.

It was also learnt that he was drinking all the way along with the woman relative with whom he was returning in his car, the officer said.

After returning to Delhi late on April 15, they had dinner with Ujjwala, Rohit's mother, and other family members at around 11 pm. They both sat with Ujjwala and chatted with her.

Later, his mother and other relatives returned to their Tilak Lane bungalow and his servants also went to their room. His half brother, Siddharth, had also retired to his room, the officer said.

Next day, at around 2.30 pm, Rohit's mother came to his house asked about him where Apoorva said that he was sleeping. His mother did not disturb him as she knew that he had insomnia and he used to sleep late in the evening, Ranjan said.

Later at around 4 pm, one of his servants noticed that he was not responding and was bleeding through his nose, police said.

Rohit's mother was at Max Hospital in Saket for treatment when she received a call from home that he was unwell. She then took an ambulance that brought Rohit to the hospital.

He was declared brought dead and his body was sent for the postmortem to the AIIMS.

The autopsy was done by a board of five doctors on April 17 and the report revealed that Rohit was died due to asphyxiation as he was smothered and strangulated.

He died two hours after the last meal he had around 11 pm. He died around 1 am. The first floor of the house did not have CCTV cameras, police said.

Police were informed about the incident at around 6.55 pm on April 16.

Rohit and Apoorva got married on May 11, 2018 after having courted each other for a year. They had met through a marriage portal, police said.

Immediately after their marriage, the couple seemed to have had a fallout and Apoorva had left for her parental home in Indore, police said.

Later from May 29, the distance between the two had steadily increased. Apoorva spent more time away from her husband's house in Defence Colony. They had an unhappy marriage. The matter had almost reached to the point of divorce and they had planned to part in June 2019, Ranjan said.

Only three people -- Apoorva and two domestic helps -- had access to Rohit's room and they all were interrogated. Police narrowed down on Apoorva after a series of interrogation sessions.

Eventually, after sustained interrogation, Apoorva broke down and admitted that he killed her husband. She had smothered and strangulated him on his bed on the fateful night, the police said, adding she stayed in the room for some time after the incident.

She later retired to her room where she could not sleep the entire night, said another officer.

Rohit and Apoorva had a turbulent marriage since day one and sources said that they both used to sleep in different rooms.

On April 15, Apoorva went to his room at around 12.45 am and they had a fight on that night after she got to know that Rohit was drinking with his sister-in-law.

After the heated argument, Apoorva allegedly strangulated and smothered him. When he tried to shout, she covered his mouth with her hand.

"She has confessed. As of now, from the fact and circumstances, it seems the killing was not pre-planned. The background was there that they had a turbulent marriage and Rohit Shekhar and his family were thinking of separation. All her hopes with the marriage were belied," Ranjan said.

According to the will of the family, Apoorva would not get anything from the property, police said, adding investigation in the case is in progress.

Ranjan did not share details of the evidence they have against Apoorva and only said they are in the thick of investigation. 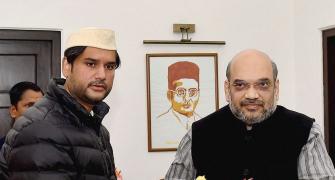 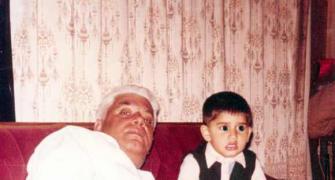 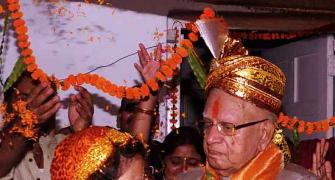 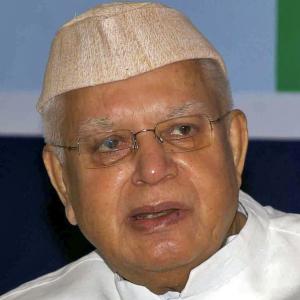 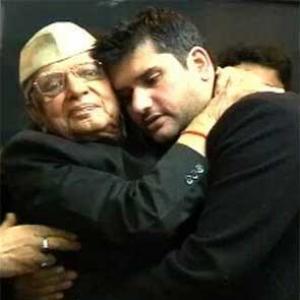