The anti-talks faction of the outlawed United Liberation Front of Assam on Monday flayed Assam Chief Minister Tarun Gogoi for expressing its inability to bring 'culprits' behind the infamous 'secret killings' in Assam during the last AGP regime (1996-2001) to book for 'lack of evidence'.

In a statement issued to the media, the ULFA publicity wing leader Arunodoy Asom said, "The ULFA was not at all surprised when Tarun Gogoi during a media briefing on June 9 last expressed his inability to punish those involved in the infamous secret killings due to 'lack of sufficient evidence' but at the same time it along with the people of Assam were dumbfounded how senior politicians and Assamese like him surrendered to the pressure of the colonial Indian government in respect of 'secret killings' of innocent people perpetrated by the State."

It stated that it was actually the Congress party that started the trend of such killings in rest of the country to terrorise protesting masses to silence.

"People of the country know that it was the Congress that started the trend of such killings and all other political parties be it BJP or AGP (in Assam) just continued it," the proscribed outfit alleged.

"The issue of secret killing is a national issue for Assam and its people and still ULFA does not expect anybody will be punished for it as the colonial government of India was behind it to fulfill its design of continuous exploitation of Assam by gagging the voice of people through such killings and repressive measures," the ULFA stated.

According to figures available about 170 innocent persons, mostly kin of ULFA militants, were killed in Assam by 'secret killers' during 1996-2001 when AGP was in power. The Congress came to power in 2001 under Gogoi's leadership basically on the promise of putting an end to such killings as well as to punish those involved in it. But after 11 years of its continuous rule in the State since then no one has been convicted for those killings and the Chief Minister Gogoi has now expressed his government's inability to bring culprits to book because of lack of evidence.

Meanwhile, both the opposition AGP and the BJP in Assam have launched an attack on Tarun Gogoi after he had said it was not possible to punish culprits behind 'secret killings'.

"If it is not possible to punish culprits behind secret killings, then why the Congress rakes up the issue before every election in Assam to mislead people,' the AGP and BJP leaders in Assam stated.

AGP president Prafulla Kumar Mahanta said, "Tarun Gogoi came to the power promising people of Assam to punish those involved in so called secret killings during AGP's rule. But why has he failed to punish anyone so far? Has he hoodwinked the people of Assam over the issue?"

Similar allegation charges have been made by BJP leader Sarbananda Sonowal. He said Congress raked up the issue when an election was round the corner in the state. 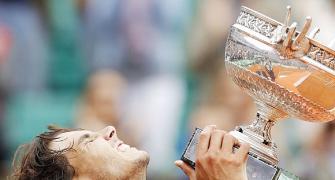 PHOTOS: For me it is a great honour, says Nadal