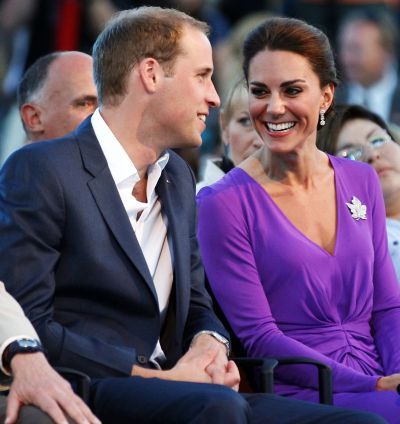 The name of Prince William and Kate Middleton's newborn son is now a hot topic in Britain, with George being bookmakers favourite for the christening of the future King.

Initially the bets were on that the royal baby would be a girl, but when the Duchess of Cambridge gave birth to a future king the odds changed on the name of the child.

George, the name of Prince William’s great-grandfather, King George VI, became favourite with odds of 2/1 being offered by Paddy Power, an Irish bookmaker

It is not known when the name of the child will be announced.

Prince Cambridge, as the first child of the Duke and Duchess of Cambridge is to be known until being officially named, was born at the private Lindo wing at St Mary’s Hospital in Paddington, central London.

Royal infants mostly have historical names which are passed down through the generations.

When it is named the child will officially be known as His Royal Highness Prince (forename) of Cambridge.

Should he require a surname, such as on marriage, it will be Mountbatten-Windsor.

George is a popular royal name, with six King Georges having worn the crown throughout history since the German-born George I, the first Hanoverian king of Great Britain, acceded to the throne in 1714.

As a name, it has come to symbolise the continuity of the monarchy.

The first name of the last King George -- George VI – was actually Albert and he was known to his family as Bertie, but he selected George, his fourth name, for his name as Sovereign.

It is also the Prince of Wales's fourth name.

The Royal baby is the first Prince of Cambridge to be born for more than 190 years, and his predecessor was called George, a grandson of George III and the only son of Prince Adolphus Frederick, the 1st Duke of Cambridge. 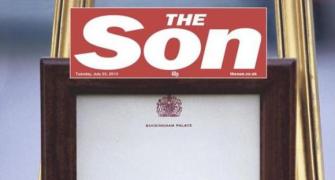 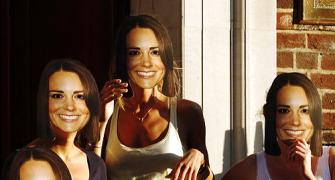 It's a baby boy for Kate-William! Britain jubilant