US imposes tough sanctions on Russia 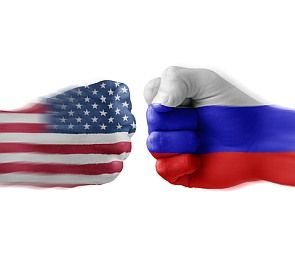 The US has slapped additional tough sanctions on Russia's financial services and energy sectors for the failure of Moscow to taken enough steps to address the volatile political situation in Ukraine.

The Department of the Treasury imposed a broad-based package of sanctions yesterday on entities in the financial services, energy and arms or related materiel sectors of Russia as well as on those undermining Ukraine's sovereignty or misappropriating Ukrainian property          "Russia has continued to destabilise Ukraine and provide support for the separatists, despite its statements to the contrary," Under Secretary of Treasury for Terrorism and Financial Intelligence David S Cohen said.

"Because Russia has failed to meet the basic standards of international conduct, we are acting today to open Russia's financial services and energy sectors to sanctions and limit the access of two key Russian banks and two key energy firms to US sources of financing and to impose blocking sanctions against eight arms firms and a set of senior Russian officials," he said.

It designated eight Russian arms firms, which are responsible for the production of a range of materiel that includes small arms, mortar shells and tanks.

Treasury further designated Feodosiya Enterprises, a key shipping facility in the Crimean peninsula, as it is complicit in the misappropriation of state assets of Ukraine and slapped sanctions on four Russian government officials, including Sergey Beseda, a senior Russian Federal Security Service official.

"These actions do more than build upon previous steps to impose costs on separatists and the Russian government. By imposing sanctions on entities within the financial services and energy sectors, Treasury has increased the cost of economic isolation for key Russian firms that value their access to medium and long-term US sources of financing," the Treasury statement said

Source: PTI© Copyright 2020 PTI. All rights reserved. Republication or redistribution of PTI content, including by framing or similar means, is expressly prohibited without the prior written consent.
Related News: Department of the Treasury, Russian Federal Security Service, Donetsk People's Republic, Ukraine, US
SHARE THIS STORY
Print this article