As Russia's war to control eastern Ukraine intensifies, Ukrainians discover the devastation Vladimir Putin's soldiers have left behind in other parts of the country. Please click on the images for glimpses of the destruction. 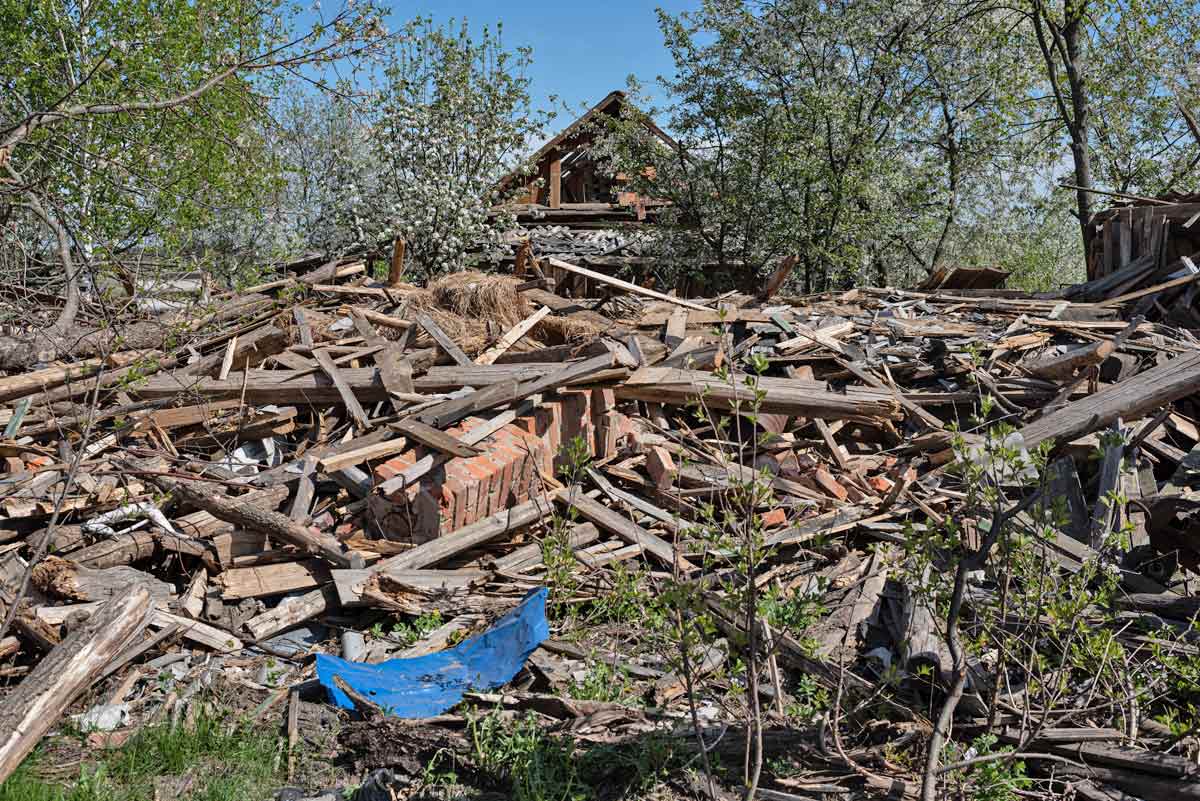 IMAGE: A destroyed house in Kukhari.
The towns around Kyiv are continuing a long road to what they hope is recovery, following weeks of brutal war as Russia made its failed bid to take Ukraine's capital. Photograph: Alexey Furman/Getty Images 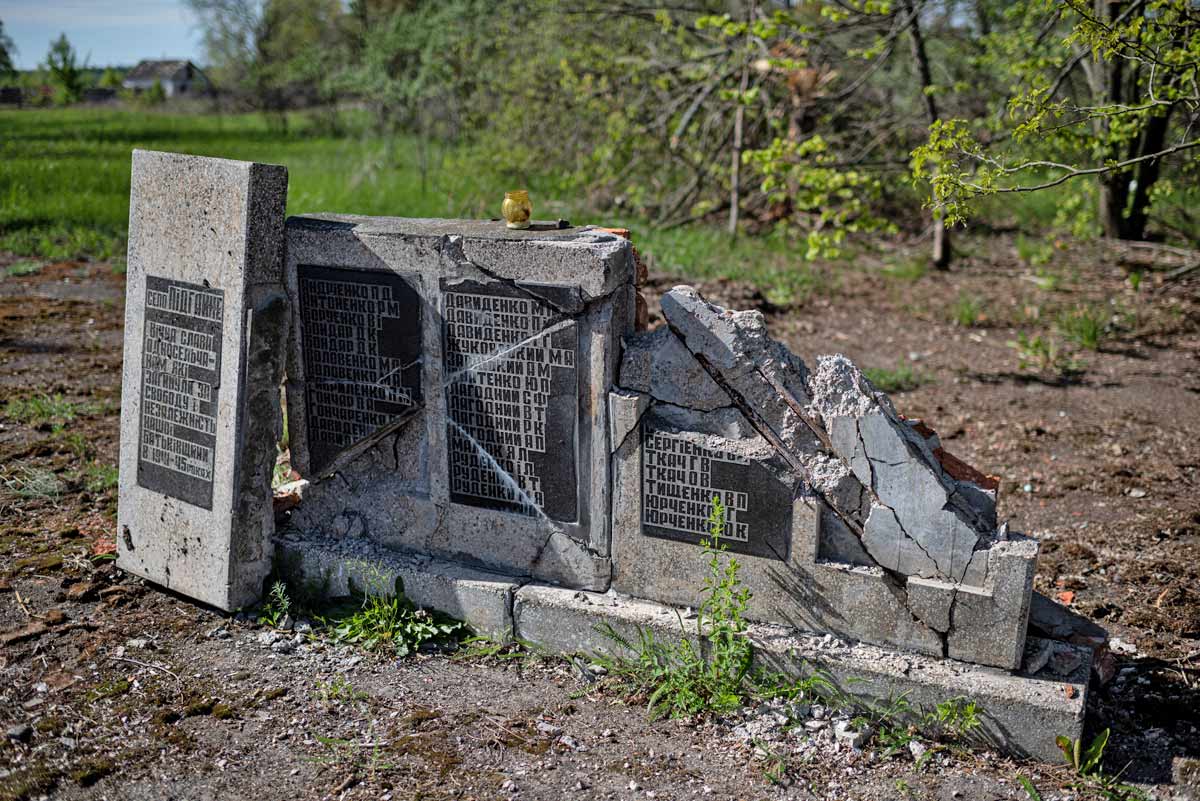 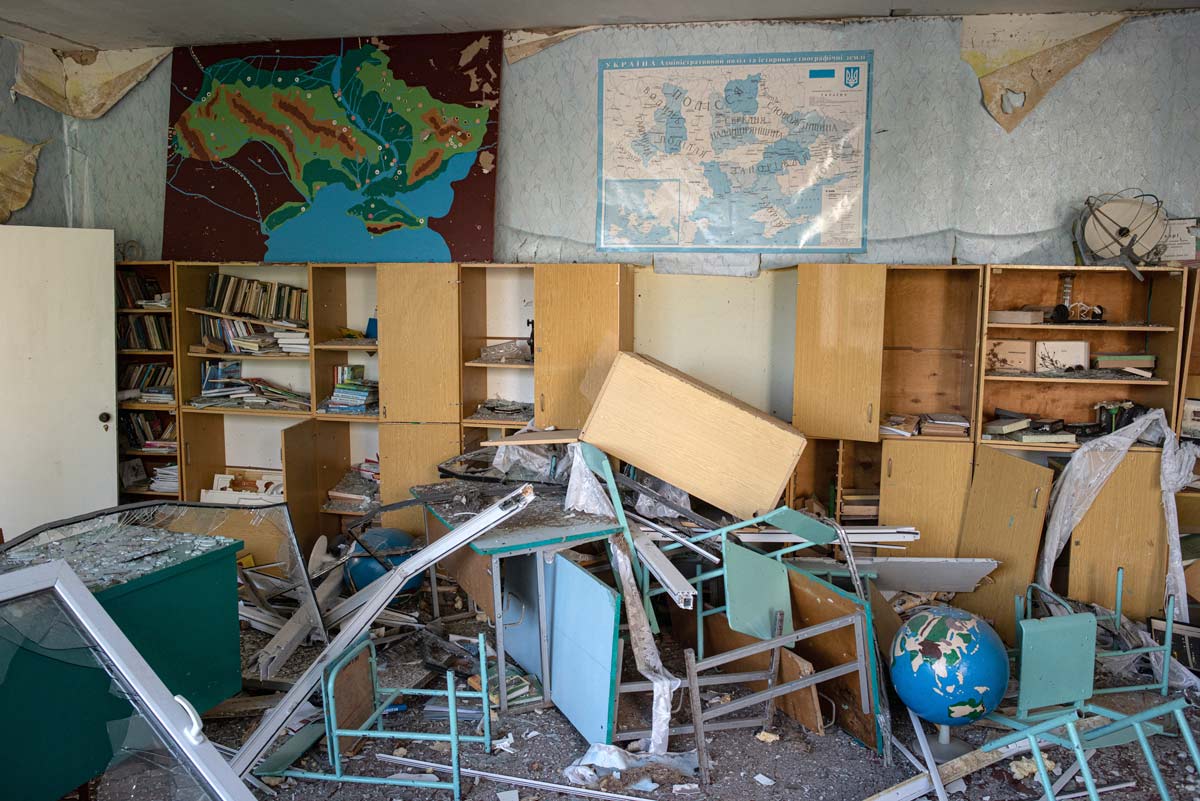 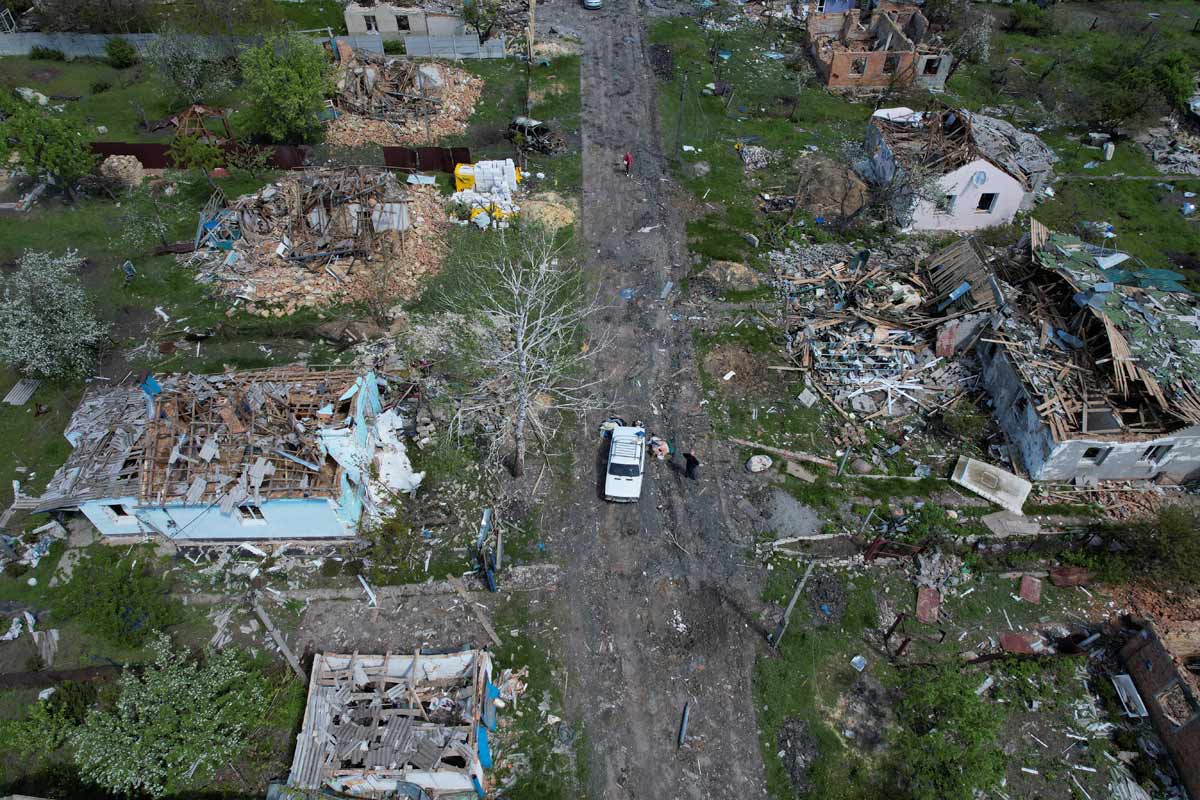 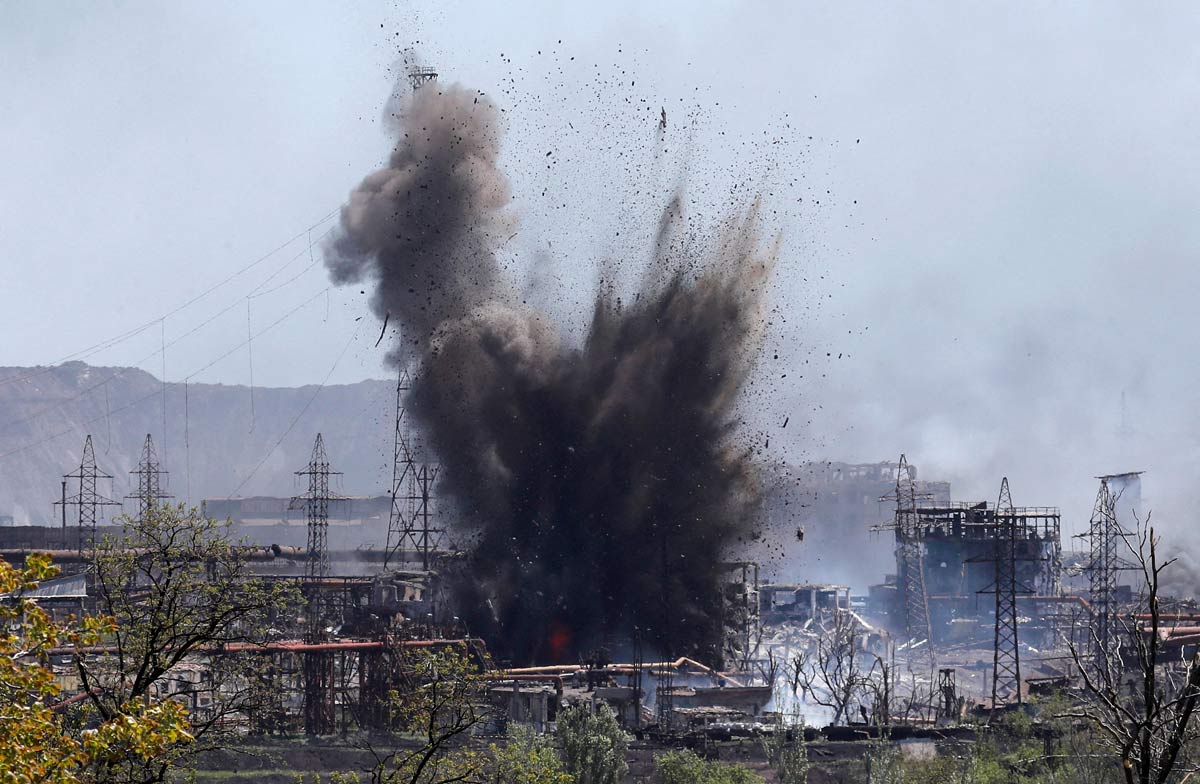 IMAGE: A view shows an explosion at the Azovstal Iron and Steel Works, where Ukrainian fighters are fighting a losing battle against the Russian army in the southern port city of Mariupol. Photograph: Alexander Ermochenko/Reuters 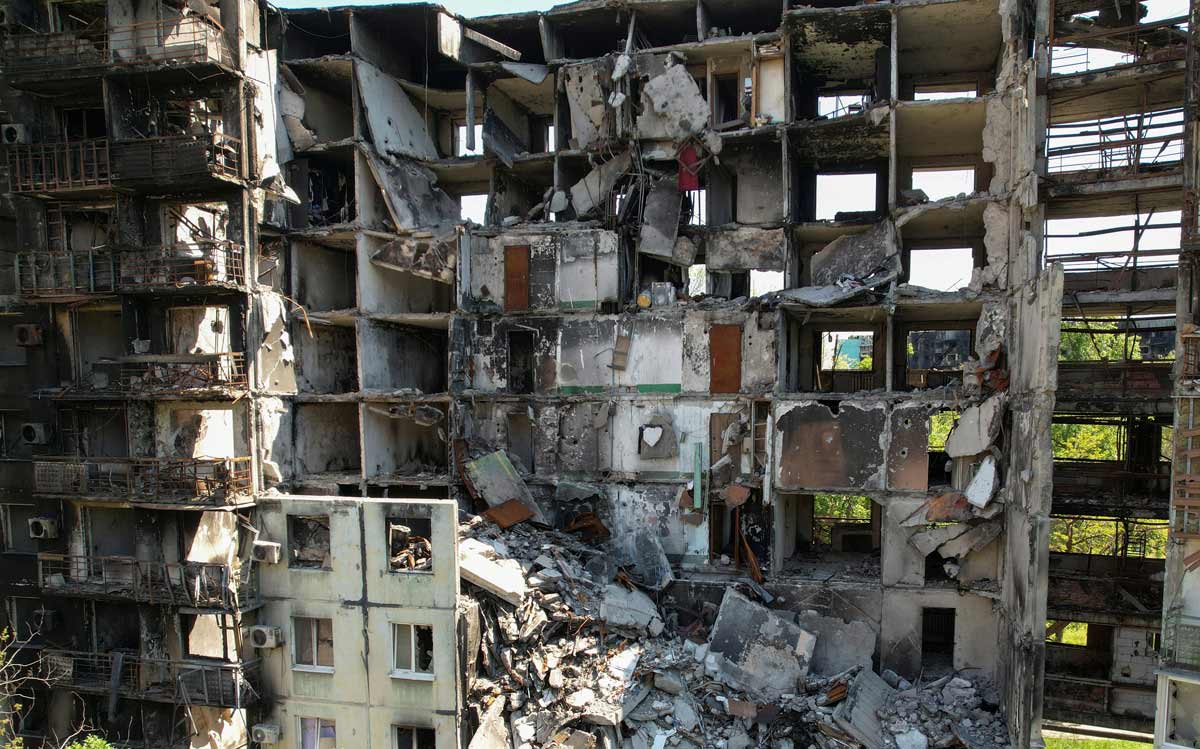 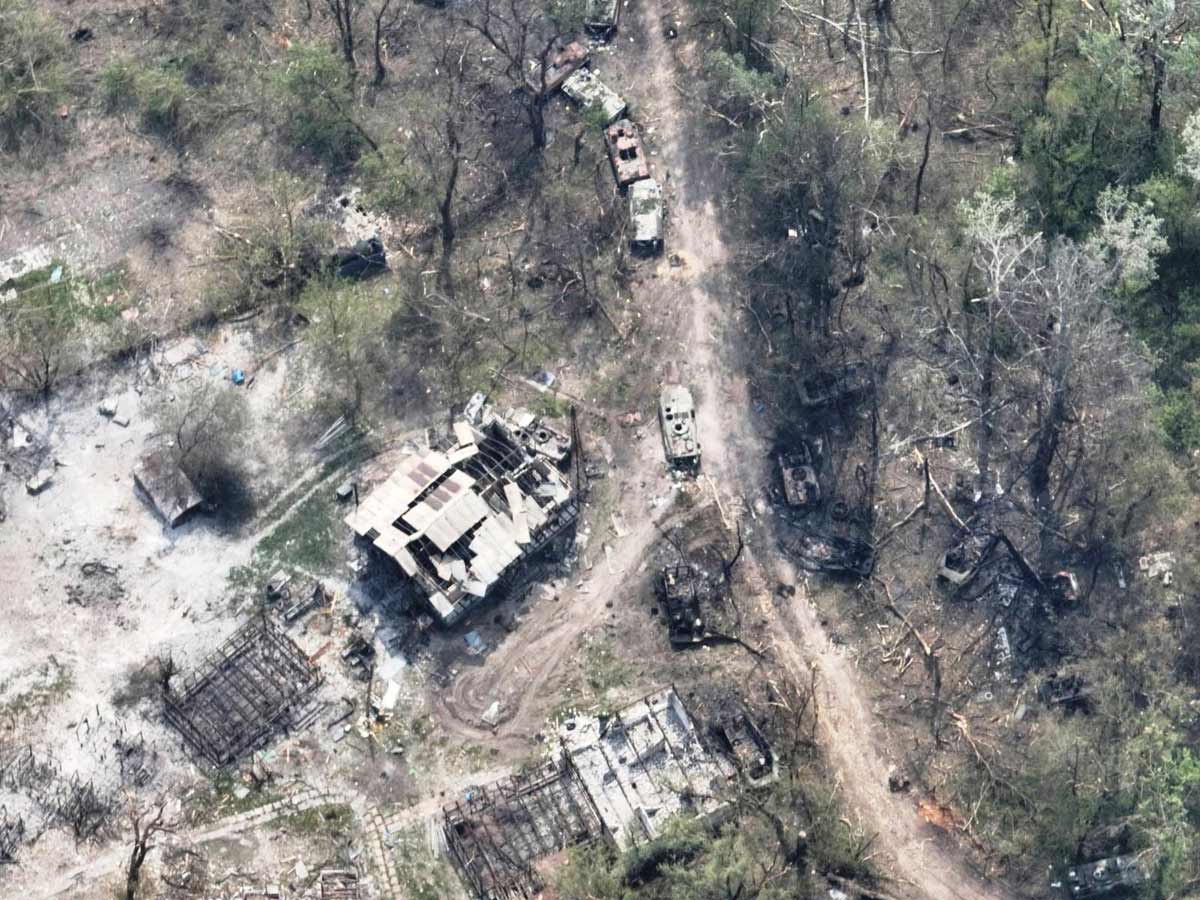 IMAGE: An aerial view of destroyed buildings and burnt vehicles on the banks of the Siverskyi Donets river in eastern Ukraine. Photograph: Ukrainian Airborne Forces Command/Handout via Reuters 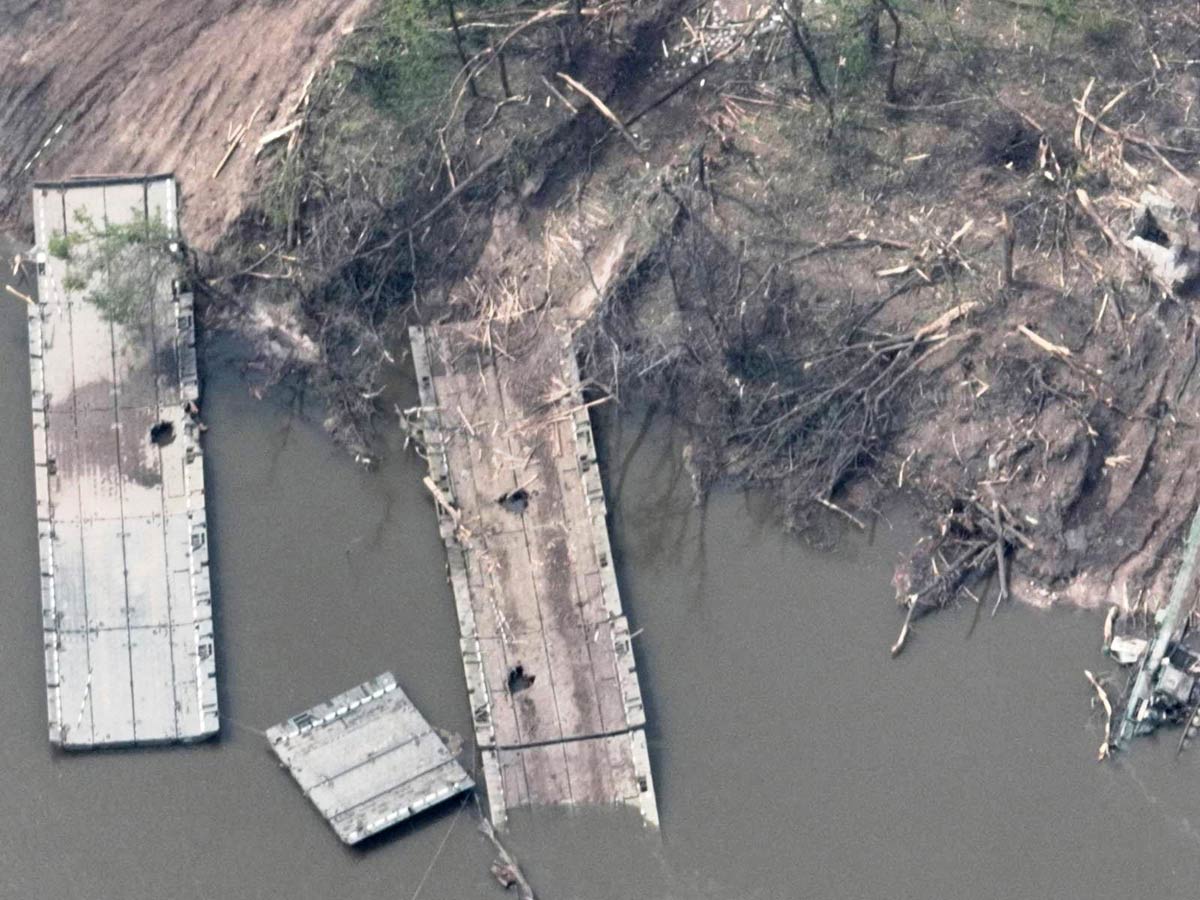 IMAGE: An aerial view of the remains of what appears to be a makeshift bridge across the Siverskyi Donets river. Photograph: Ukrainian Airborne Forces Command/Handout via Reuters 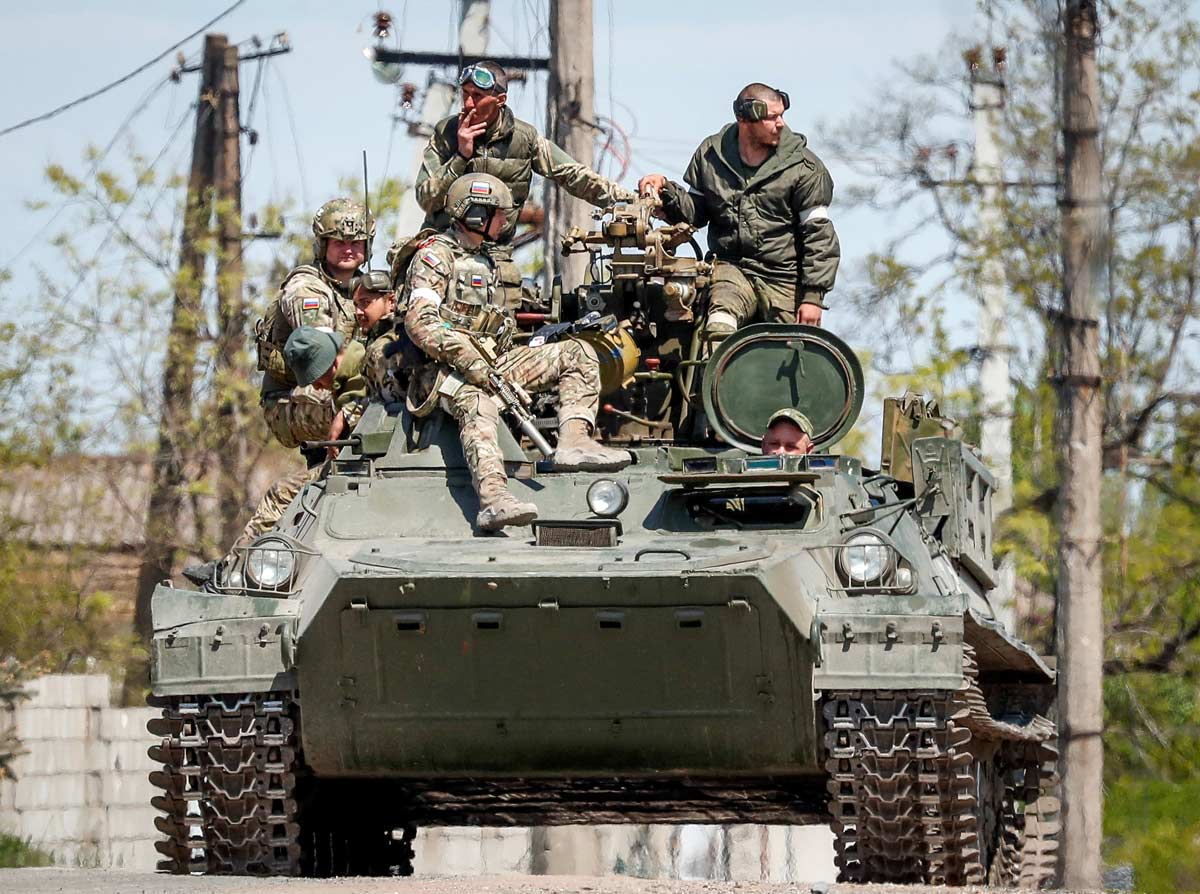 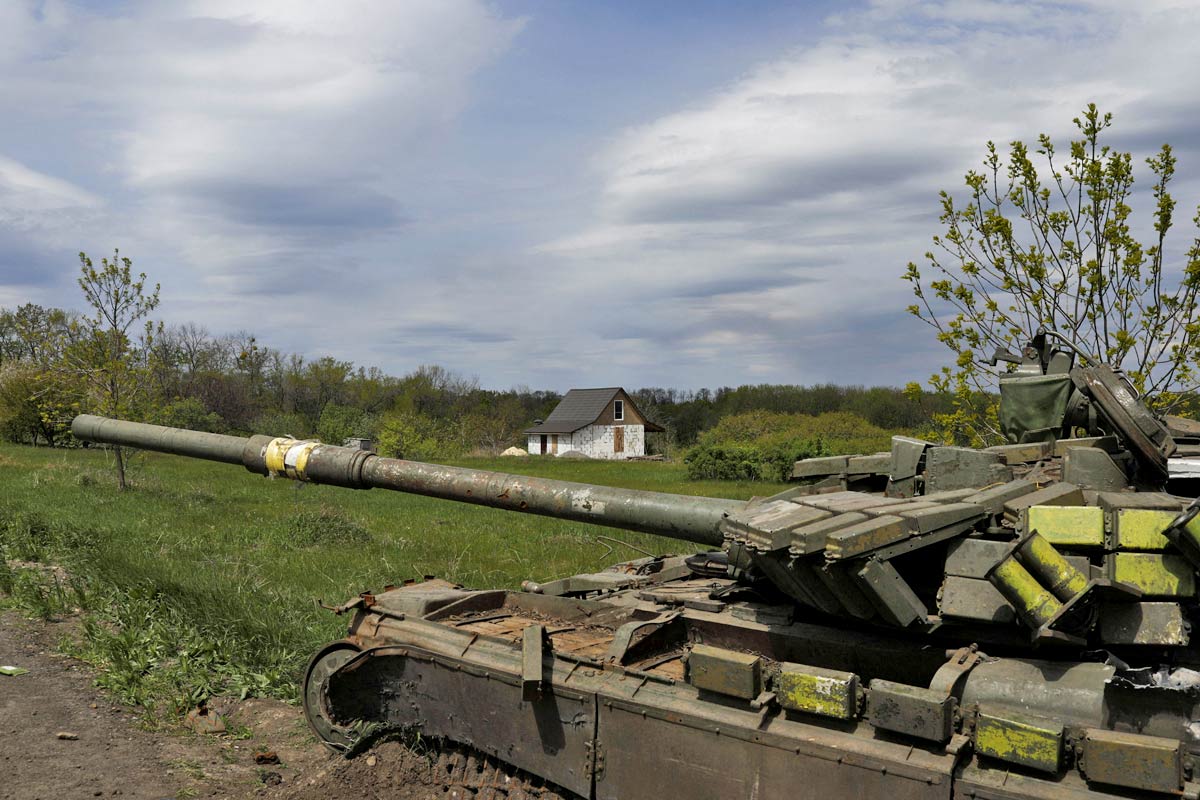 IMAGE: A house next to a damaged Ukrainian tank in Vilhivka village. Photograph: Ricardo Moraes/Reuters 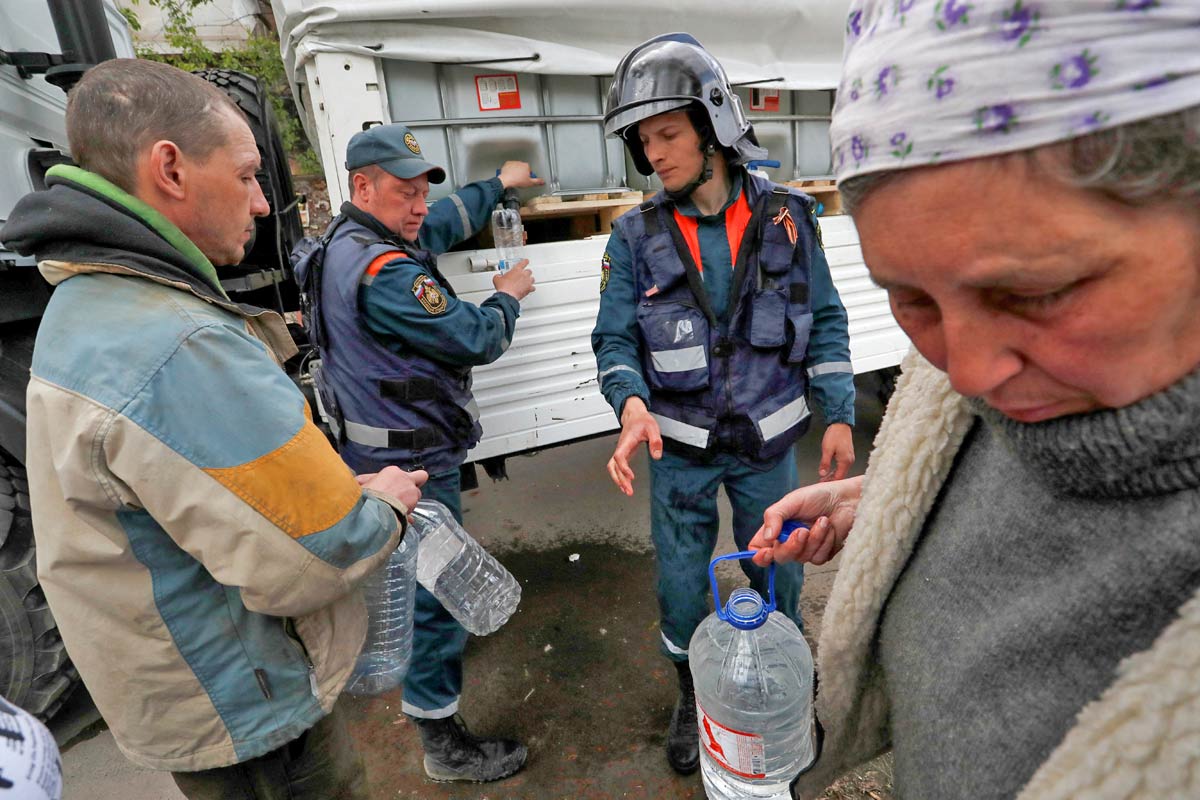