The United Kingdom government on Friday added further names to its list of financial sanctions aimed at Russian President Vladimir Putin, including his former wife and a retired gymnast allegedly in a relationship with him, in reaction to the ongoing conflict with Ukraine. 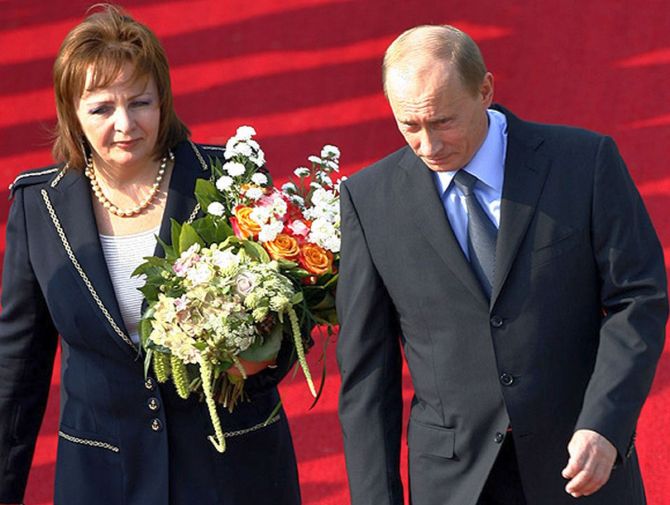 UK Foreign Secretary Liz Truss said the latest tranche of sanctions are intended to strike at Putin's “wallet” of family and friends, whom he rewards with state positions and wealth in return for their undying loyalty. She noted that while the Russian President's official assets are “modest”, his lifestyle is funded by a cabal of family, friends and elites.

"We are exposing and targeting the shady network propping up Putin's luxury lifestyle and tightening the vice on his inner circle. We will keep going with sanctions on all those aiding and abetting Putin's aggression until Ukraine prevails," said Truss.

The UK Foreign Office pointed out that official records list few assets for President Putin including: a small flat in St. Petersburg, two Soviet-era cars from the 1950s, a trailer, and a small garage.

"In reality, Putin relies on his network of family, childhood friends, and selected elite who have benefited from his rule and in turn support his lifestyle. Their reward is influence over the affairs of the Russian state that goes far beyond their formal positions," the Foreign Office said.

Lyudmila Ocheretnaya, the former First Lady of the Russian Federation, is on the list of sanctions for benefiting from preferential business relationships with state-owned entities since her divorce from Putin in 2014.

Alina Kabaeva, a retired Olympic gymnast, is also on the sanctions list. The Foreign Office said she has risen to become Chair of the Board of the National Media Group, reportedly the largest private Russian media company, and is alleged to have a “close personal relationship with Putin”.

Also sanctioned is Anna Zatseplina, grandmother of Alina Kabaeva and associate of Gennady Timchenko -- a longstanding Putin associate sanctioned by the UK in February 2022. Others include first cousins of Putin, Russian businessmen and close friends reportedly part of the "cabal who owe Putin their wealth and power, and in turn support his war machine".

The Foreign Office said Friday's sanctions isolate the family members and financiers deep within Putin's inner circle, “compounding” the pressure on the Russian President as he continues his “senseless invasion into Ukraine”.

Since the invasion, the UK claims to have sanctioned, or designated, over 1,000 individuals and 100 entities, including oligarchs with a net global worth of over GBP 117 billion.

The sanctions cover an asset freeze which prevents any UK citizen, or any business in the UK, from dealing with any funds or economic resources which are owned, held or controlled by the designated person. A travel ban also applies, which means that the designated person must be refused leave to enter or to remain in the UK.