Jabir Moti, allegedly a "top lieutenant" in underworld don Dawood Ibrahim's organised crime syndicate, was denied bail for the second time by a United Kingdom court on Thursday, even as the Pakistani government vouched for him as a man of "good character". The letter from Pakistani high commissioner, Sahebzada Ahmed Khan, was submitted to the judge during Moti's ongoing extradition case hearing at Westminster Magistrates' Court in London in support of an application for his bail, which was denied and he was directed to appear for the next hearing in the case on October 19.

Moti has been described in UK court proceedings as a "senior member" and "top lieutenant" of D Company.

Mumbai bomb blasts' accused Dawood Ibrahim was not mentioned by name in the UK court but the judge was told that the leader of network was based in Pakistan.

Moti, referred to in court as Jabir Motiwala, was arrested from a London hotel last month and is fighting extradition to the US on money laundering and extortion charges.

The 51-year-old had already been denied bail at an earlier hearing in August and to back up his second bail application on Thursday, his defence team presented a letter from the Pakistani High Commissioner among the many sureties that he would not jump bail and abscond.

He told the court that the letter from the Pakistani high commissioner supports the application for bail for Moti, who is a "well known and respected businessman" in Pakistan, and confirms that he does not posses any other travel documents besides the Pakistani passport in possession of Scotland Yard.

However, Judge Emma Arbuthnot was unconvinced that Moti did not pose a "flight risk" as acquiring travel documents through crime networks was not unheard of and denied him bail.

"I accept that you are a man of good character, with this letter from the Pakistani high commissioner offering you support if granted bail... But this is not a straight forward matter, there is much more to this case," she said.

Prosecutor Ben Lloyd, from the Crown Prosecution Service, had opened the hearing on Thursday by reiterating the summary of the US charges against Moti, which cover allegations of laundering USD 1.4-million of purported proceeds from narcotics smuggling and "conspiracy to collect credit extensions by extortionate means", amounting to around USD 80,000. The charges relate to a period between December 2011 and September 2012, which carry a maximum sentence of 25 years behind bars in the US.

"This all has a very bad smell to it," the judge said in reference to a two-day "gambling" visit by Moti to Atlantic City during which one of the undercover FBI operations took place.

His defence claimed that the allegations were the result of entrapment and that he had informed the Pakistani police of the instances of laundering and extortion he was being accused of.

They also presented a London-based family friend of Moti, Gaffar Khan, as willing to offer him a spare room at his home on Edgware Road in London if he was to be granted bail and also offered to pose as much as GBP 1 million as security. But the judge indicated that she would not consider anything less than GBP 5 million in cash as adequate security in a “case like this”.

Moti, who sat poker faced in the dock during the hearing, has been remanded to custody until his next hearing on October 19, when the judge will consider the US government's evidence relating to his extradition.
The extradition request follows an FBI investigation dating back to 2005.

The court was once again informed that the accused goes by multiple names, including Jabir Siddiq, as on his Pakistani passport and Jabir Motiwala, as on the provisional arrest warrant on which Scotland Yard had arrested him on August 17.

At previous hearings, the court was told that Moti had been under investigation by the FBI as a key aide of D Company, “named after the leader of the company based in Pakistan”, associated with trafficking and money laundering through international smuggling routes across South Asia that were also linked to terrorist funding.

"For a fee, D Company uses the power of violence for debt collection and has a reputation of intimidating members of the family of its debtors in India and Pakistan," the prosecution had said in its case summary.

In his interactions with undercover agents in the US and Pakistan, Moti allegedly admitted to being involved with narcotics and dealing with large amounts of cash and the court was told that it is believed he is behind nearly USD 1.4 million laundered to date.

His barrister on Thursday disputed the allegations that he was a key aide of D Company as “obvious nonsense”, describing his client as a “man of exemplary character” who was a tax paying, prominent businessman based in Karachi and accredited as a stock broker, with a family stock broking business dating back to the 1950s in Pakistan.

Moti had arrived in the UK on business on a 10-year visa and was due to leave the UK on August 22 before his arrest. 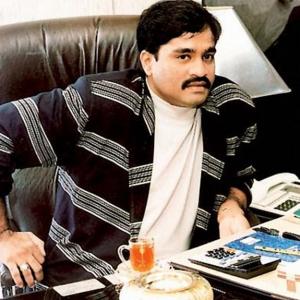