Uddhav wanted to quit as Maha CM, was in touch with BJP

Facing a revolt within his own ranks, Maharashtra Chief Minister Uddhav Thackeray was ready to resign on June 22 at 5 pm after it was clear that there was "no way out" of the political crisis facing Maharashtra government but Maha Vikas Aghadi allies convinced him not to resign, sources said. 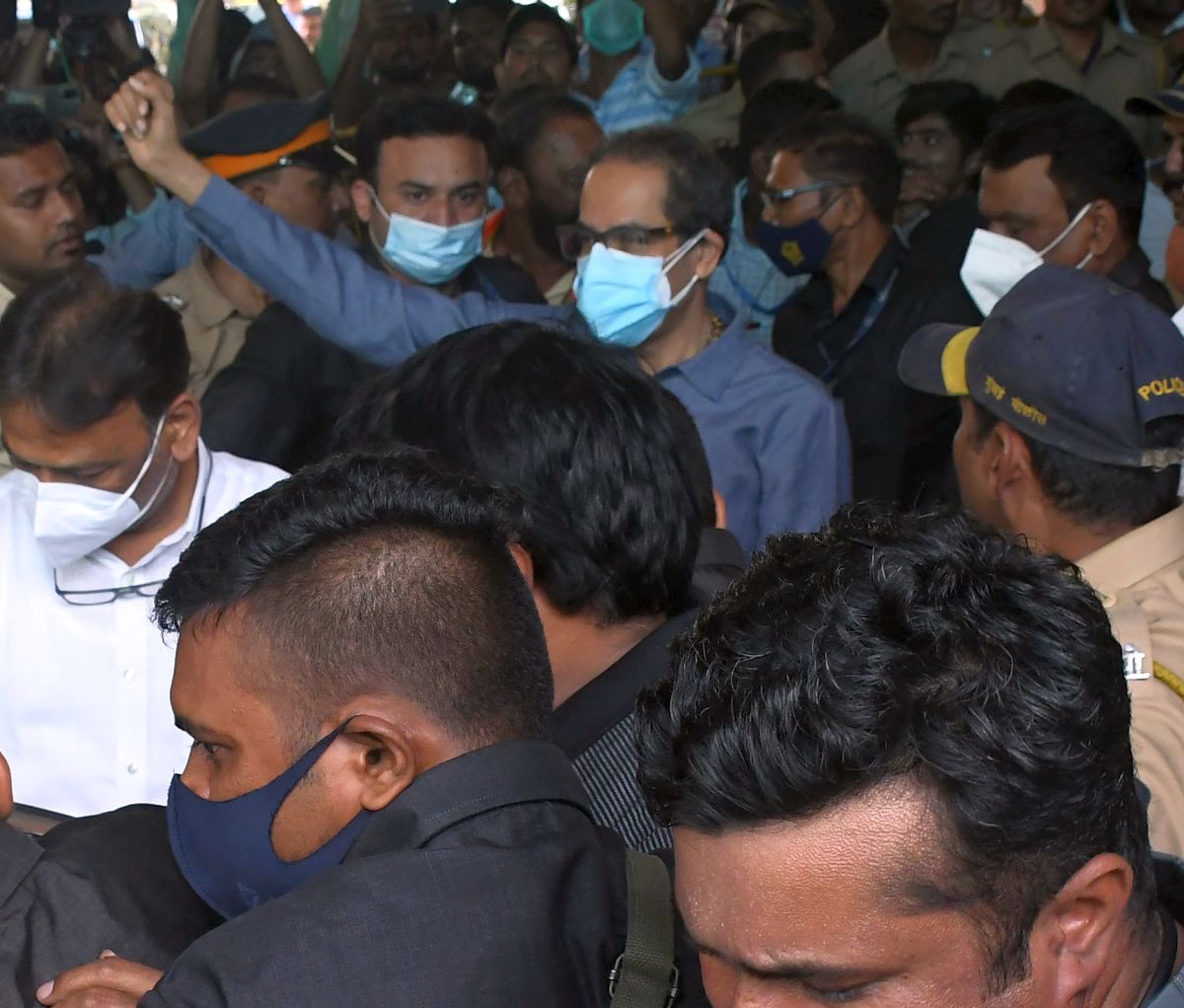 The sources said that Uddhav Thackeray was in touch with Bharatiya Janata Party leaders to find a way out of the political crisis facing the Maha Vikas Aghadi government that includes the Nationalist Congress Party and the Congress apart from the Shiv Sena.

The sources said that Thackeray was scheduled to resign and then go to the memorial of Shiv Sena founder Balasaheb Thackeray on June 22 evening but that didn't happen.

Even Thackeray's address scheduled at 5 pm was delayed beyond 5.30 pm due to the change in plans, they added.

In his address over Facebook on June 22, Thackeray had talked about his willingness to step down if the rebel MLAs come to Mumbai and make such a demand.

Hours later Thackeray left his official residence 'Varsha' along with his family members for the family residence Matoshree.

The Chief Minister said in his address that he was willing to give his resignation to party MLAs who can take it to the Raj Bhavan.

Thackeray had also indicated his willingness to quit as party chief if there is a demand from party workers.

Noting that a section of party MLAs was gunning for his ouster, he had said instead of going to Surat, they could have conveyed their feelings to him.

Thackeray said it is a matter of shame for him if "even a single MLA" is against him.

Shinde had claimed on Wednesday that he has the support of 46 MLAs, including six to seven Independent MLAs. Shiv Sena has 55 MLAs in the Maharashtra assembly. In the latest jolt to the Uddhav Thackeray camp, Uday Samant joined the rebel group on June 26. He is the eighth minister from Shiv Sena to join the rebel camp.

In his address, Thackeray had said "if any MLA wants me to not continue as the CM, I am ready to take all my belongings from Varsha Bungalow (official residence of the CM) to Matoshri".

Thackeray had also referred to the ruling Maha Vikas Aghadi alliance and said NCP leader Sharad Pawar and Congress chief Sonia Gandhi helped him a lot and kept their faith in him.

Thackeray said when all three parties came together in 2019, Pawar told him that he had to take the responsibility of the CM post.

"I didn't even have prior experience. But I took the responsibility. Sharad Pawar and Sonia Gandhi helped me a lot, they kept their faith in me. But when my own people (MLAs) don't want me what I can say. If they had something against me, what was the need of saying all this in Surat, they could have come here and said this to my face," he had said.

The battle between the groups has now reached the Supreme Court which on Monday granted interim relief to Shinde and other MLAs to file their reply to disqualification notices issued to them by the Deputy Speaker of Maharashtra Assembly by July 12, 5.30 pm.

Earlier, the Deputy Speaker had granted them time to file a reply by Monday, 5.30 pm.

A vacation bench of Justices Surya Kant and JB Pardiwala, in its order, said, "As an interim measure, the time granted by the Deputy Speaker, to the petitioners or other similarly placed MLAs to submit their submissions today by 5.30 pm, stands extended till July 12. The petitioners or other MLAs are at liberty to submit their reply without prejudice to their rights in the writ petition."

The apex court was hearing the petitions filed by the Shinde group challenging the disqualification notices issued by the Deputy Speaker to 16 rebel MLAs as well as the appointment of Ajay Choudhary as Shiv Sena Legislature Party leader.

The bench also issued notices to the Deputy Speaker, Secretary of Maharashtra State Legislative Assembly, the Centre, Ajay Chaudhary, and Sunil Prabhu and asked them to file a reply within five days.

On the request of providing security to 39 MLAs alleging threats to them, the Supreme Court recorded the statement of the standing counsel of the Maharashtra government, Rahul Chitnis, that adequate steps have already been taken and the state government will further ensure that no harm is caused to the life, liberty, property of the MLAs.

During the hearing, senior advocate Neeraj Kishan Kaul appearing for Eknath Shinde and others told the Supreme Court that the Deputy Speaker cannot proceed with the disqualification proceedings when the resolution seeking his removal is pending.