There were 26 injury marks on the body of Kanhaiya Lal, who was brutally killed by two men in Udaipur, police sources said on Wednesday. 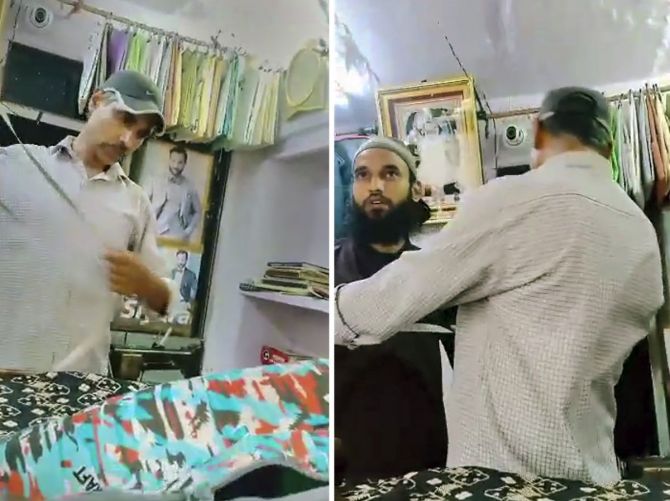 IMAGE: Kanhaiya Lal, a tailor works at his shop before he was attacked by an assailant with a sharp weapon while the other filmed the crime, in Udaipur, on June 28, 2022. Photograph: PTI Photo

The 46-year-old tailor was attacked by two men with a cleaver on Tuesday.

Police sources informed that 26 injury marks were found in the post-mortem conducted on Wednesday morning.

However, it is not clear whether all the injuries were caused by the cleaver, they said.

“Multiple injuries were there on the body. They were on the neck, head, hand, back and chest,” the sources said.

Kanhaiya Lal was working in his shop when he was attacked by Riaz Akhtari and Ghouse Mohammad.

Akhtari, the man who hacked at the tailor's neck, and Mohammad, who filmed the crime, were arrested while police have detained three others allegedly involved in the attack.

The two were held in Bhim town last evening while try to flee.