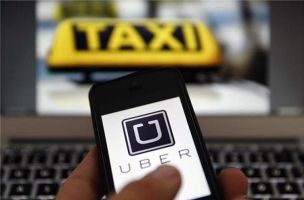 A Delhi court on Tuesday recorded the testimonies of three prosecution witnesses, including two police officials, in the Uber cab rape case of December last year. Additional Sessions Judge Kaveri Baweja recorded the statements of the witnesses -- a Delhi police constable, a Malkhana official and nodal officer of Vodafone.

The Vodafone official brought the records of the mobile number used by the cab driver Shiv Kumar Yadav, who had allegedly raped a 25-year-old woman executive, including the call detail records for the period December 5-7 last year.

The Malkhana official said that he had deposited in the malkhana several sealed articles as part of case property, including a parcel and the Swift Dzire car. Constable Arvind testified that on December 12, 2014, he was handed over a mobile phone, recovered from the 32-year-old driver during his personal search at the time of arrest, which he had taken to the Central Forensic Science Laboratory office for forensic tests.

The court has summoned three witnesses -- the doctor who had first examined the victim, a nodal officer of Airtel and a Delhi police official-- for recording of their statements on Wednesday.

The court had earlier recorded the statements of seven witnesses including the victim who had identified Yadav as the one who had raped her on the night of December 5, 2014 when she had hired the cab and was returning home in west Delhi's Inderlok area.

During the day, Yadav's counsel Aalok Dwivedi moved a plea alleging that the driver was threatened and attacked in the prison van by fellow inmates while being taken back to jail after the proceedings on January 17.

The judge asked the lock up in-charge to give his report on the allegations made by Yadav. Earlier too, Yadav had made a similar complaint to the court which had directed the Delhi police and Tihar Jail authorities to ensure security and provide separate enclosure to Yadav in the prison van.

The woman executive, who stood firm on her stand during her examination earlier, had deposed that the accused had forced upon her and it was not a ‘consensual’ act and she was not able to open the door of the car.

The woman had told the court that on the night of alleged incident on December 5, 2014, she had raised an alarm but could not save herself as Yadav had overpowered and raped her.

The court has on January 15 commenced the trial on a daily basis. It has framed charges against Yadav under various sections of the Indian Penal Code for alleged offences of
endangering a woman's life while raping her, kidnapping her with an intent to compel her for marriage, criminally intimidating and causing hurt.

Yadav was arrested on December 7 last year from Mathura in a joint operation by Delhi and Uttar Pradesh police. The police had told the court that Yadav was hired by Uber, and claimed that the firm had not verified his particulars. The police has lodged a case of cheating against the firm.