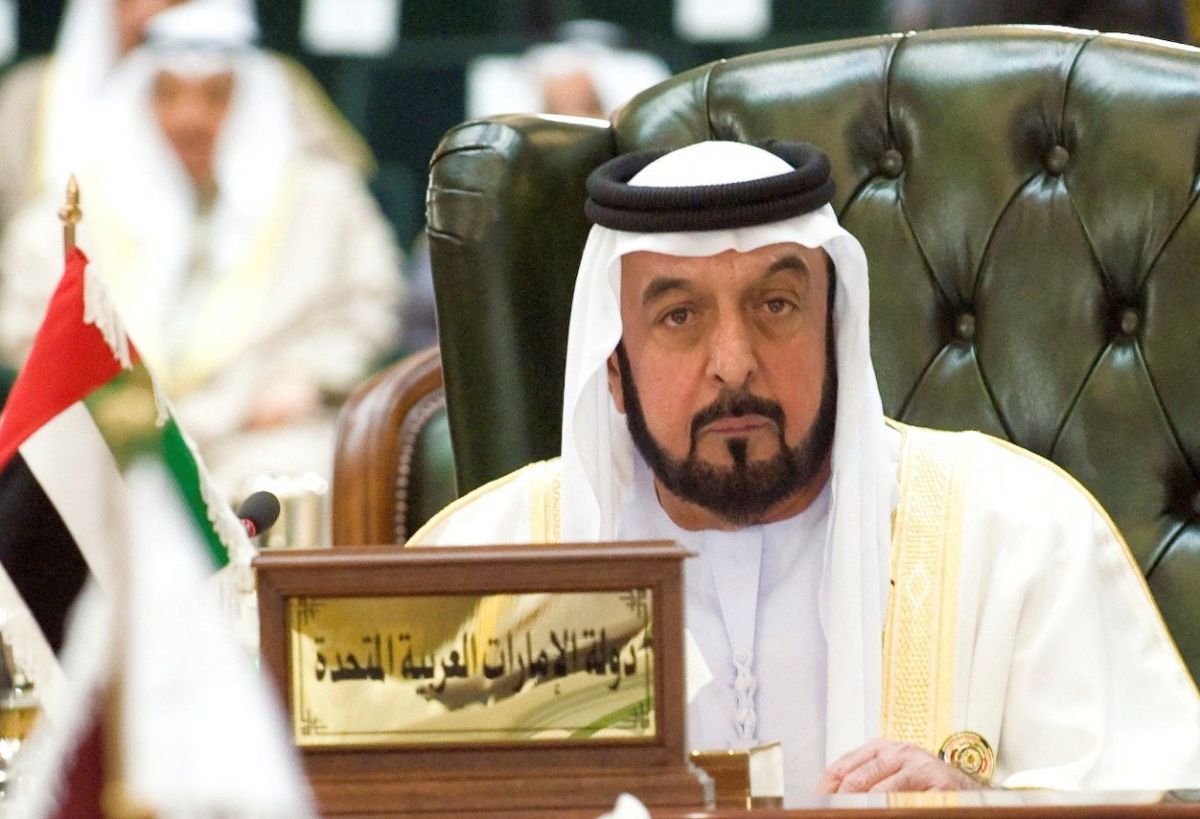 The ministry announced a 40-day period of mourning and suspension of work in all ministries and the private sector for three days beginning on Friday, including flags to be flown at half-staff.

"The Ministry of Presidential Affairs condoles the people of the UAE, the Arab and Islamic nation and the world over the demise of His Highness Sheikh Khalifa bin Zayed Al Nahyan, the president of the UAE,” the official WAM news agency said in a statement.

Sheikh Khalifa was the eldest son of UAE's founder President Sheikh Zayed bin Sultan Al Nahyan. He served as the President of the UAE and ruler of Abu Dhabi from November 3, 2004.

He was elected to succeed his father who served as the UAE's first president from 1971 until he passed away on November 2, 2004.

India declared one-day national mourning on May 14 over the demise of Sheikh Khalifa.

"The government of India has declared one-day national mourning tomorrow, May 14, as a mark of respect to Sheikh Khalifa bin Zayed Al Nahyan, the President of the UAE and Ruler of Abu Dhabi who passed away today," the Ministry of External Affairs said.

It said the national flag will be flown at half-mast on Saturday throughout India on all buildings where it is flown regularly and there will be no official entertainment on the day.

In their messages, they noted that he was a statesman and a visionary leader and recalled his contribution to the strengthening of India-UAE bilateral relations and the welfare of the Indian community in the Gulf nation.

"I am deeply saddened to know about the passing away of HH Sheikh Khalifa bin Zayed. He was a great statesman and visionary leader under whom India-UAE relations prospered," Modi said on Twitter.

Sheikh Khalifa's role had been largely ceremonial since he suffered a stroke and underwent surgery in 2014. His brother and Abu Dhabi's crown prince, Sheikh Mohammed bin Zayed, has been widely seen as the de-facto leader of the UAE, handling day-to-day affairs for the Gulf state.

The death of the president has shocked the UAE's Indian community. Many members fondly remembered the leader's contributions to the country and to the community.

"It is very sad to hear about the passing away of HH Shaikh Khalifa bin Zayed Al Nahyan who knew our family very well over the years,” said Deepak Bhatia, Managing Director of Uncle's Shop, building materials supplier.

"He will always be remembered as a visionary leader and his major development initiatives created profound social impact," he said.

Shamsheer Vayalil, Chairman and Managing Director of VPS Healthcare, said Sheikh Khalifa will be remembered as a great statesman and a noble leader who made lasting contributions to nation-building.

"He was a visionary leader who made pioneering contributions to the nation, to the world and to his beloved people,” Vayalil said. “He built on the legacy and teachings of the Founding Father, Sheikh Zayed bin Sultan Al Nahyan, and dedicated his life promoting the values of coexistence, tolerance, justice and peace for all humanity,” said Vayalil.

He said the president's vision helped transform the UAE into a world-class business, cultural and technology centre.

"A great humanitarian, he was committed to bettering the lives of others. His generosity of heart and spirit was evident as the UAE was named world's largest humanitarian donor during his leadership,” he said.

Kamal Vachani, Group Director and Partner at Al Maya Group, said Sheikh Khalifa was known for being a good listener, modest, and deeply interested in the affairs of his people.

“The President was a much-loved figure in the UAE and the region,” he said.

Born in 1948, Sheikh Khalifa was the second President of the UAE and the 16th Ruler of the Emirate of Abu Dhabi. He was the eldest son of Sheikh Zayed.

Since becoming the president of the UAE, Sheikh Khalifa has presided over a major restructuring of both the Federal Government and the government of Abu Dhabi.

Under his reign, the UAE witnessed an accelerated development that ensured decent living for the people calling the country home, the Khaleej Times reported.

Sheikh Khalifa steered the development of the oil and gas sector and the downstream industries that have contributed successfully to the country's economic diversification.

He undertook extensive tours throughout the UAE to study the needs of the Northern Emirates, during which he gave instructions for the building of a number of projects related to housing, education and social services.

Sheikh Khalifa oversaw much of UAE's economic growth and his name was immortalised on the world's tallest building, the Burj Khalifa, after bailing out debt-crippled Dubai during its financial crisis over a decade ago.

He held several positions and became the Deputy Commander of the UAE Armed Forces in 1976. In November 2004, Sheikh Khalifa succeeded his father Sheikh Zayed as the ruler of Abu Dhabi and as the President of the UAE.