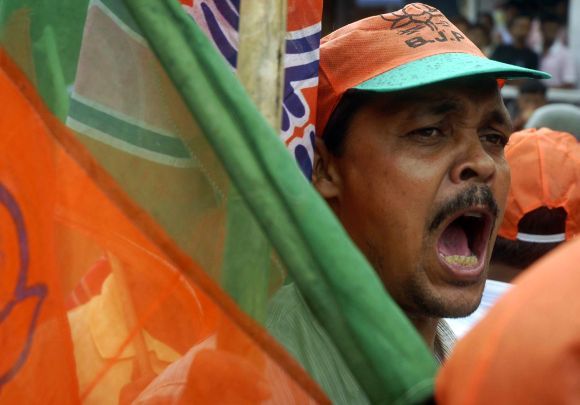 Two more Gujarat Congress members of Legislative Assembly on Monday resigned from the party and extended their support to the Bharatiya Janata Party, taking the number of Congress MLAs who have quit to join the saffron party in the last one month to five.

Vala announced in the Assembly that both had submitted their resignations to him. "Narendra bhai's leadership has influenced me. I want to see him as the next prime minister. I will support the cause of making a Gujarati our prime minister. He developed Gujarat and now on Gujarat's model, he will develop the entire country," said Patel, a two-time MLA who had quit the BJP 18 years ago to join the Congress.

“Earlier I was in a wrong place. Now I am in the right place. I have given my resignation to the Speaker and it has been accepted," Patel said.

Vasava said, "All Gujaratis want to see Narendra Modi as their PM. Respecting their feelings, I have decided to join the BJP to ensure Narendra bhai becomes the next PM."

With Monday’s exits, Congress's strength in the assembly is down to 52.