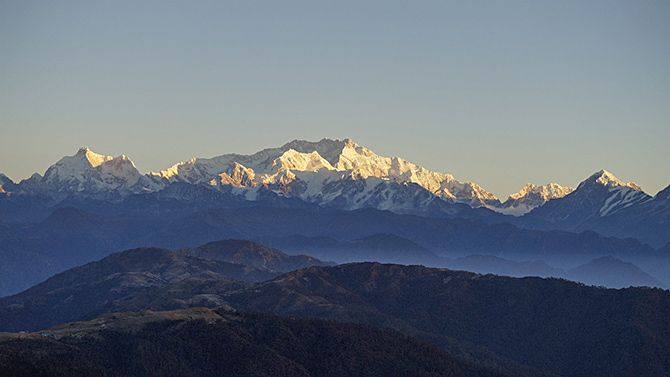 Two Indian climbers have died in Nepal due to high altitude sickness near the summit of Mount Kanchenjunga during an expedition to the world's third tallest peak, an official said Thursday.

Biplab Baidya (48) and Kuntal Karar (46) died Wednesday night above Camp IV after they were unable to continue their descent from near the 8,586-meter peak due to hypothermia and snowblindness.

"Biplab made it successfully to the summit point while Kuntal fell sick on his way and could not make it to the top. The Indian duo died while climbing down from the peak," Mira Acharaya," liaison officer at Nepal's ministry of tourism team deployed at the base camp said.

According to fellow climbers, the incident occurred when the duo were being brought to Camp IV from an altitude of 8,400 metres through a herculean rescue operation carried out by Project Possible team leader Nirmal 'Nims' Purja along with the fellow members.

"They succumbed to high altitude sickness," said Pasang Sherpa, Director of Peak Promotion Ltd, that carried out the expedition.

They were part of a five-member team of climbers from West Bengal, Sherpa said.

"Two Indian climbers and a German mountaineer who also suffered from serious frostbite will be evacuated from the high altitude camp as early as possible," he said.

Another climber from Chile is missing from above Camp IV of Mount Kanchenjunga since last evening.

Rodrigo Vivanco from Chile went missing on the descent after he reportedly made it to the summit late on Wednesday, Sherpa said, adding that a team has already left for Camp IV to conduct a search operation.

Mount Kangchenjunga is the third highest mountain in the world. It rises in a section of the Himalayas called Kangchenjunga Himal delimited in the west by the Tamur River, in the north by the Lhonak Chu and Jongsang La, and in the east by the Teesta River.

Shirish B Pradhan in Kathmandu
© Copyright 2021 PTI. All rights reserved. Republication or redistribution of PTI content, including by framing or similar means, is expressly prohibited without the prior written consent.