2 Indian brothers indicted in US for supporting Al Qaeda 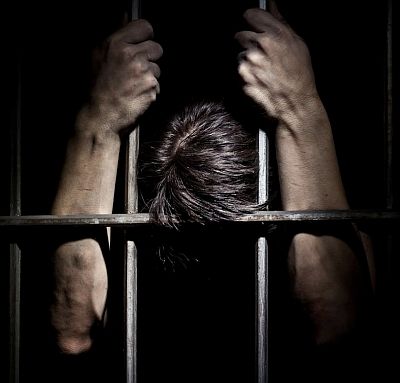 Two Indian brothers are among four men who have been indicted by a US federal court on charges of providing material support to slain Al Qaeda leader Anwar al-Awlaki, prosecutors said.

Farooq and Ibrahim also face an additional count of conspiracy to commit bank fraud in terms of thousands of dollars.

"According to the allegations in the indictment, Farooq Mohammad, Ibrahim Mohammad, Asif Salim and Sultane Salim conspired to provide and did provide material support to Anwar al-Awlaki in response to his calls to support violent jihad," said Assistant Attorney General John Carlin.

The Department of Justice said Farooq was an engineering student at Ohio State University between 2002 and 2004. In or around March 2008, he married a US citizen.

His brother Ibrahim studied engineering at the University of Illinois Urbana-Champaign from 2001 through 2005. In 2006, he moved to Toledo, Ohio, and also married a US citizen. He became a lawful permanent resident of the US in or around 2007, federal prosecutors said.

The other two accused -- Asif Salim is a US citizen who studied at Ohio State University between 2000 and 2005. He became a resident of Overland Park, Kansas, in 2007.

His brother, Sultane Salim, is also a US citizen who resided in the Chicago-area from 2006 through 2012, until he moved to the Columbus-area.

According to the indictment, from January 2005 through January 2012, the four conspired to provide money, equipment and other assistance to al-Awlaki.

They made various financial transactions in 2008 and 2009, and communicated about raising funds for a trip to the Middle East.

Farooq and Ibrahim obtained money by opening credit cards and withdrawing money with no intention of repaying the amounts obtained from the financial institutions, federal prosecutors alleged.

The indictment further alleges that on July 22, 2009, Farooq travelled with two others to Yemen to meet al-Awlaki. They were unable to meet with al-Awlaki so instead travelled to Sana, Yemen, to meet with one of his associates.

Farooq and his two fellow travellers gave the associate approximately $22,000 to be given to al-Awlaki.

Al-Awlaki was killed in a US drone strike in 2011.

Farooq and his brother Ibrahim, who have been charged with providing material support and planning to send thousands of dollars to slain al-Qaeda leader Anwar al-Awlaki, are also believed to have sent money to India through illegal channels.

Though the court documents made public today do not reveal the purpose of sending these money through illegal channels, it does reflect their hatred towards non-Muslims and that their email inbox had documents from top Al Qaeda leaders praising the perpetrators of the 2008 Mumbai attacks.

"The Muslims there (in India) are our brothers. The non-Muslims our enemies. We do 'Dawah' (proselytise) to them in the best manner," Farooq wrote in an email to Ibrahim on January 31, 2005.

"But if they refuse, and when we have the capability, we offer them to live as Dhimmis (non-Muslims under protection of Muslim law), or else face the sword. And we never have a subservient attitude towards them. There is a time for dawah and a time for (offensive) jihad and this is clearly explained," he wrote.

On April 12, 2009, Farooq sent another email to Ibrahim and others with the subject line as "Dawah progress and methods used". The email had a 17-page document containing the transcript of an interview with an identified Taliban commander conducted by As-Sahab, the media wing of the Al Qaeda.

In this interview, the Taliban commander praised slain Al Qaeda chief Osama bin Laden and the terrorists who perpetrated the Mumbai attacks.