Two persons were charred to death and seven others suffered severe burns when a bogie of Solapur-bound passenger train from Hyderabad caught fire during its halt at the station in Gulbarga on Tuesday, the police said.

There were over 15 passengers in the Bogie of the Falaknuma Passenger after it arrived in Gulbarga at 12.30 pm and caught fire, cause of which is not known, but six of them jumped to safety.

The victims are yet to be identified as the bodies have been burnt beyond recognition, the police said. The injured have been admitted to a hospital where the condition of two was stated to be serious.

Some of the passengers were headed for Tuljapur in Maharashtra to attend the Bhavani festival which takes place during Navarathri, the police aid. 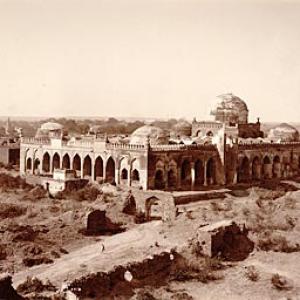 Travel: The magic of a sleepy town called Gulbarga