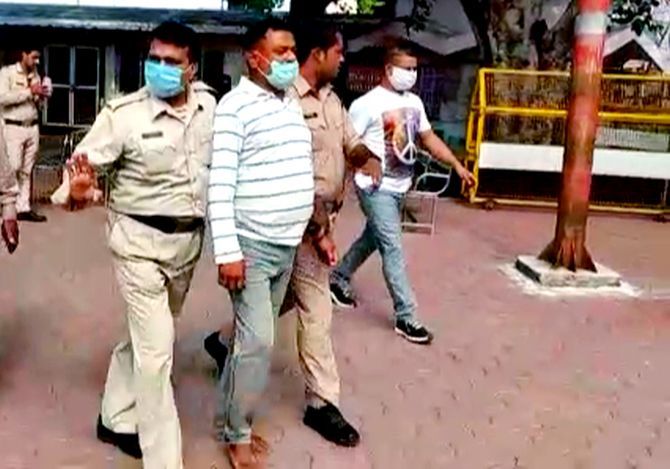 "They were arrested for allegedly harbouring two accomplices of gangster Dubey," he said.

Police sources said that the two Gwalior residents were formally placed under arrest by Chaubepur police in Uttar Pradesh on Friday.

"The Kanpur police didn't seek any assistance from the Madhya Pradesh police when they took the duo into custody on July 7," the ADG said.

While the state police have been helping their Uttar Pradesh counterparts in the investigation, the local police were not informed about their arrest, he added.

According to him, the duo has been arrested under the Indian Penal Code section (IPC) section 216 (harbouring offenders).

Police sources said that the Gwalior residents had allegedly harboured Shashikant Pandey and Shivam Dubey, who were involved in the Kanpur ambush, in which eight police personnel were killed in Bikru village last week.

Gangster Dubey was shot dead by the Uttar Pradesh police in an encounter on Friday morning after a police vehicle carrying him from MP's Ujjain to Kanpur met with an accident and he tried to escape from the spot in Bhauti area near Kanpur.

Dubey had been arrested outside a temple in Ujjain on Thursday morning.