Prime Minister Narendra Modi came in for praise from Twitter users for mentioning sanitary napkins in his Independence Day speech with many of them calling it a step towards breaking taboos associated with menstruation. 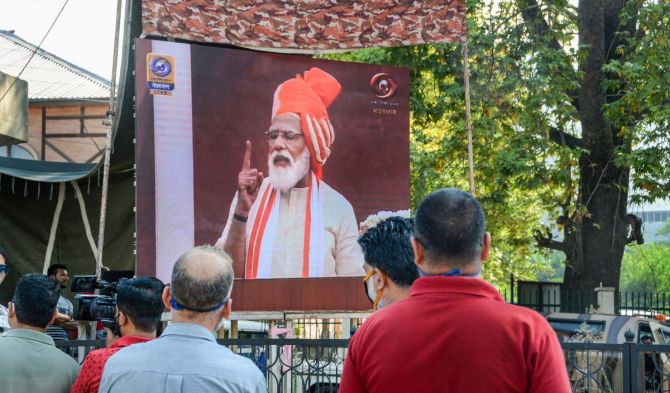 Under the 'Pradhan Mantri Jan Aushadhi Kendra' scheme, the prime minister said, the government has started giving away sanitary napkins at Re 1 to empower women and keep their health in check.

"In 6,000 Jan Aushadhi Kendras, more than 5 crore sanitary napkins have been provided to women in a short period of time," he said in his Independence Day speech from the ramparts of Red Fort.

The Twitterati said it is rare for a prime minister to talk about menstruation during a national address and it will help in breaking taboos associated with it.

'Our @PMOIndia talking about sanitary pads in his Independence Day speech today is true progress...made menstruation a mainstream topic. Also kudos to the government who has so far distributed sanitary pads to about 5 crore women at Re. 1,' he said.

Another user said raising the topic in the Independence Day speech is praiseworthy.

'Talking about the taboo topic of sanitary pads from Red Fort on the #IndependenceDay speech is something really huge, historical and praiseworthy. Kudos to @narendramodi,' he said.

'In a country, where #menstruation is considered taboo and a society which does not pay attention to women's hygiene and health issue,#IndianPM talked about #sanitarypads in his #IndependenceDay2020 speech,' another user said.

'He spoke about Swacchta & open defecation in 2014 and changed the way India thought of cleanliness. Today he broke another taboo by speaking about the importance of sanitary napkins. PM @narendramodi Ji is a man who has got the basics right. #AatmaNirbharBharat,' a Twitter user said.

'Thanks @narendramodi for speaking about sanitary pads from the ramparts of Red Fort and hope the taboo is erased from today and also men know how to respect women @PMOIndia #HappyIndependenceDay,' another user tweeted.

A Twitter user said the prime minister has set an example with the mention of sanitary napkins.

'PM @narendramodi talking about #SanitaryNapkins from the Red Fort on #IndependenceDay2020 is an example of how leaders can use the national forum to break the taboos, set new norms & bring about an attitudinal shift in how the society perceives periods, pads and menstrual health!,' the user said. 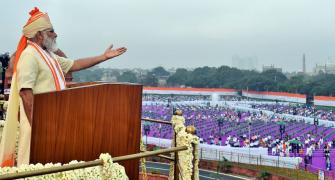 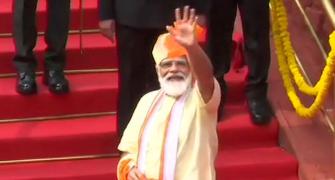 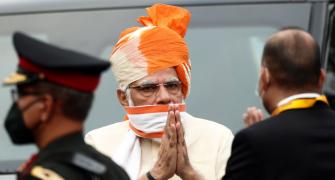 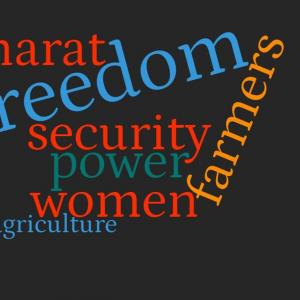