Twitter to appoint chief compliance officer within a week

Social media platform Twitter is learnt to have written to the government that it is in advanced stages of finalising chief compliance officer as per the new IT rules and additional details will be submitted to the government within a week, according to an official source. Twitter in its reply to the final notice of the government dated June 5, said that it is making all efforts to comply with the new guidelines but has been unable to do so because of the global impact of COVID-19 pandemic.

'...We are in advanced stages of finalising the appointment of the role of chief compliance office and we plan to provide additional details to you in the next several days, and at the latest within a week,' Twitter said.

According to the source, the letter was sent on June 7 to the Ministry of Electronics and IT.

When contacted, a Twitter spokesperson said, 'Twitter has been and remains deeply committed to India, and serving the vital public conversation taking place on the service.

'We have assured the Government of India that Twitter is making every effort to comply with the new Guidelines, and an overview on our progress has been duly shared. We will continue our constructive dialogue with the Indian government.'

The new IT rules for social media companies that came into effect last month mandate large platforms like Facebook and Twitter to undertake greater due diligence and make these digital platforms more accountable and responsible for the content hosted by them.

Under the rules, significant social media intermediaries -- those with over 50 lakh users -- are required to appoint a grievance officer, a nodal officer and a chief compliance officer. These personnel have to be residents in India.

Further, social media companies will have to take down flagged content within 36 hours, and remove within 24 hours content that is flagged for issues such as nudity and pornography.

The new social media guidelines came into effect from May 26, 2021 but Twitter did not comply with the rules.

In its final notice, the Ministry of Electronics and Information Technology (MeitY) had said that Twitter's refusal to comply with the rules demonstrated the micro-blogging site's 'lack of commitment and efforts towards providing a safe experience for the people of India on its platform'.

The ministry notice warned the social media firm of consequences for not following the new rules but gave one last chance to Twitter to 'immediately comply with the rules, failing which the exemption from liability available' shall stand withdrawn and Twitter shall be liable for consequences as per the IT Act and other penal laws of India.

Twitter in its latest reply said that it understands the importance of new regulations and 'have endeavored in good faith to comply with the guidelines, including with respect to hiring personnel in India'.

The micro-blogging site said that the guidelines were notified on February 25, 2021, and the global impact of the COVID-19 pandemic has made it more difficult for it to make certain arrangements that are necessary to comply with the rules within stipulated time-frame.

'For example, similar to other significant social media intermediaries operating in India, in order to comply with the underlying intention behind the guidelines, we have appointed a nodal contact person and resident grievance officer on a contractual basis while we recruit to fill the positions on a permanent basis,' Twitter said in the letter.

The social media firm that remains committed to serving the people of India by providing a platform to serve the public conversation in India, especially during critical moments and emergency situations.

The social media firm has had several faceoffs with the government since the start of farmers' protest in Delhi and later when it tagged political posts of several leaders of the ruling Bharatiya Janata Party as 'manipulated media'.

Several ministers from the government and officials joined Indian rival of Twitter, Koo which is backed by former Infosys CFO Mohandas Pai. 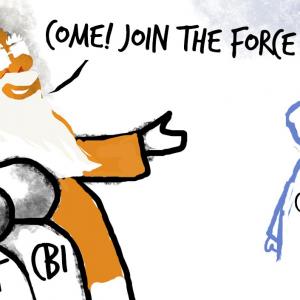 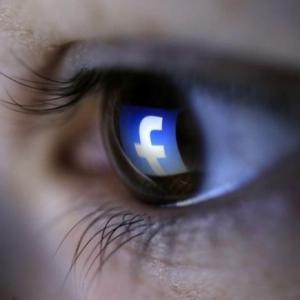