This is ISRO’s new record of launching 20 satellites, including those from the US, Germany, Canada and Indonesia. 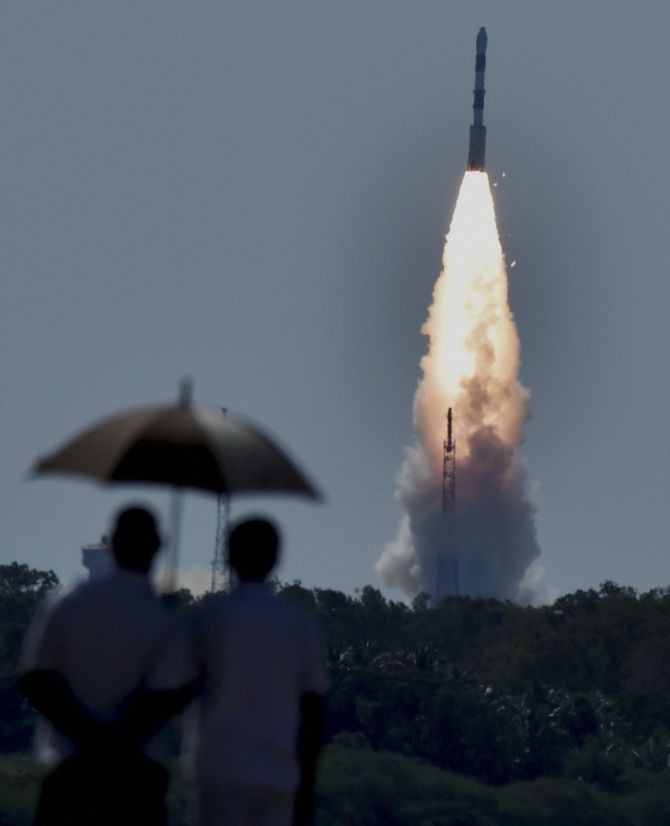 Creating a record, India on Wednesday successfully launched 20 satellites including 17 foreign and its earth observation satellite in a single mission in 26 minutes from Sriharikota, in a crucial step to become a key player in the multi-billion dollar space launch market.

In a precision launch, Indian Space Research Organisation workhorse Polar Satellite Launch Vehicle (PSLV-C34) took off in clear skies from the second launch pad of Satish Dhawan Space Centre, about 110 kilometre from Chennai, at 9.26 am and placed the new generation earth observation satellite( Cartosat-2 Series) and 19 others in the designated polar Sun Synchronous Orbit 26 minutes later.

Thirteen of the satellites are from the United States including the 12 earth imaging Dove satellites from Planet Labs organisation, each of which weighs just 4.7 kg, and a 110-kg earth imaging satellite called SkySat Gen-2 made by a Google-owned company. There are two Canadian satellites and one each from Germany and Indonesia.

Launching 20 satellites in a single payload was like “allowing birds to fly in space”, a beaming ISRO Chairman Kiran Kumar said, adding, “PSLV C-34 has done its job.”

The payload included devices ranging in weight from more than 700 kg to as little as 1.5 kg.

“We have the current generation of earth observation satellite of Cartosat 2 series,” he said, adding ISRO had done a “wonderful job”. Cartosat also has strategic applications.

“Our space programme has time and again shown the transformative potential of science and technology in people’s lives”, he said.

“Over the years, we developed expertise and capability to help other nations in their space initiatives. This is the skill of our scientists”, he said in another tweet.

The 727.5 kg Cartosat-2 series satellite will provide regular remote sensing services with its panchromatic and multispectral cameras and its imagery will be of multiple use. 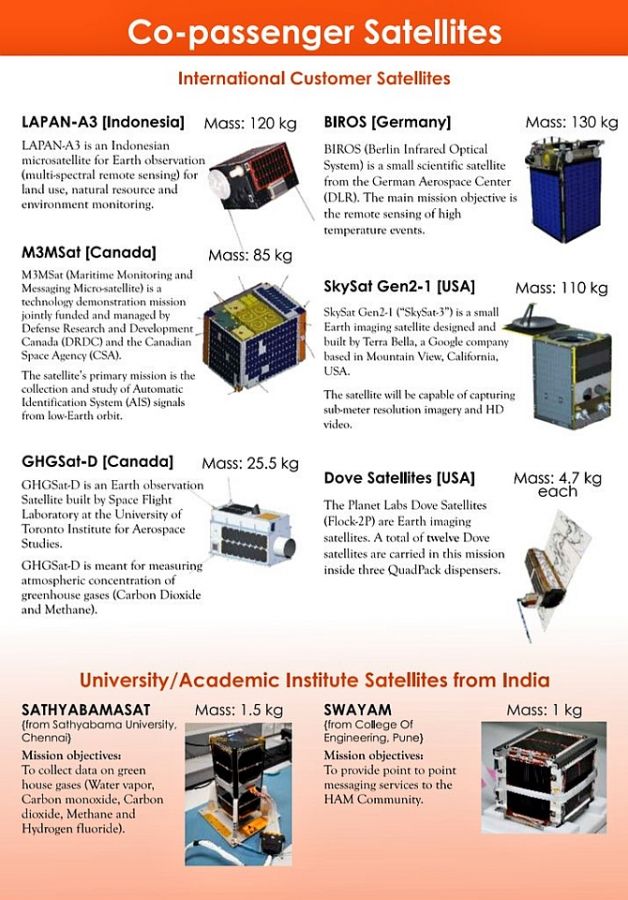 Two academic satellites are from Sathyabama University (Sathyabamasat) in Chennai and from College of Engineering (Swayam) at Pune.

Use of Cartosat 2 includes cartographic, urban and rural applications, coastal land use and regulation, utility management like road network monitoring and water distribution.

P Kunhikrishnan, Director, SDSC-SHAR, said that it was a major accomplishment by PSLV in its 35th consecutive successful mission.

“PSLV has become a success symbol for ISRO and India. ISRO is adopting more and more professionalism,” he said.

D Jayakumar, mission director, described Wednesday’s launch as a major landmark and said that the vehicle was performing “exceedingly well.”

This is the 14th flight of PSLV in “XL” configuration known for its capacity to carry more load which uses ‘solid strap-on motors’.

The total weight of all the 20 satellites carried onboard PSLV-C34 is about 1,288 kg.

India has 11 operational earth observation satellites, including RESOURCESAT-1 and 2, CARTOSAT-1, 2, 2A, 2B, RISAT-1 and 2, OCEANSAT-2 are in orbit. 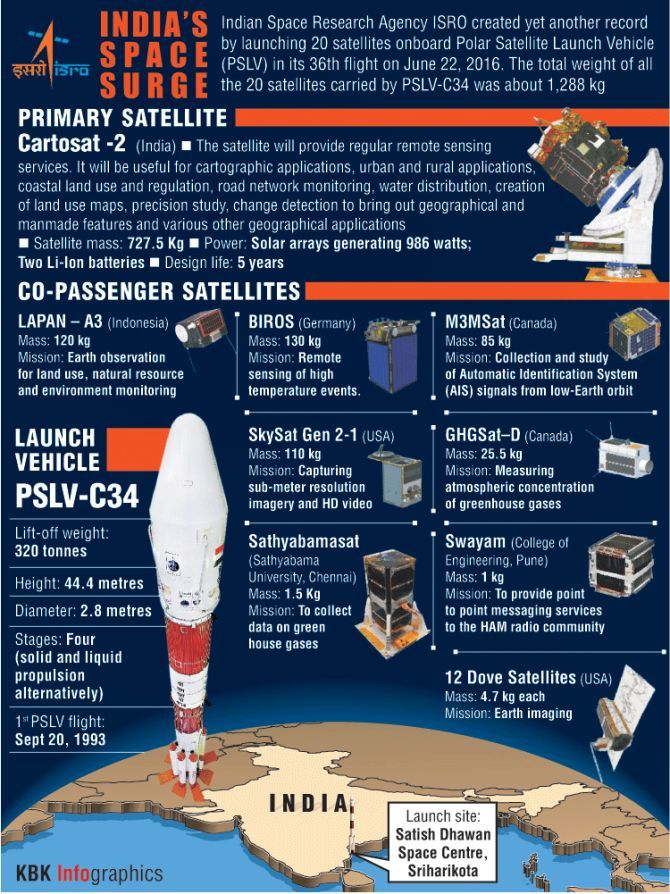 Beginning in 1988, ISRO had launched many remote sensing satellites (for earth observation) and the data are for varied use including agriculture, water and ocean resources besides disaster management.

Jayakumar said initially there was a little hesitancy in taking up 20 satellites at one go.

“Our team ISRO could resolve it,” he said, adding the order of precision was perfect and what ISRO achieved today showed it has enough expertise.

“With this we can make commitment for any complex type of missions and launch still larger number of satellites in a single mission since that much expertise is available.”

Project Director, Cartosat 2 Series, Satyanand Rao said Cartosat 2 satellite was the fourth in the “Cartosat-2 family” which would have panchromatic and multispectral colour images in four bands. This was also the first satellite in the Indian Remote Sensing series with a new technology ‘Time Delayed Integration Mode of Operation’, enhancing imaging efficiency and imagine modes with respect to our earlier missions.”

He said the satellite data would “enhance lot of areas of applications” in the cartographic realm in terms of rural and urban development communication networking and new area precision farming in the coming days.

“The satellite is going to complete all its calibration activities and subsequently it will be ready to deliver data to users,” he said.

V Gangadharan
© Copyright 2021 PTI. All rights reserved. Republication or redistribution of PTI content, including by framing or similar means, is expressly prohibited without the prior written consent.