An official said eight out of the 12 are asymptomatic, adding 40 people who had come in contact with them have been quarantined as a precautionary measure.

"Their reports returned positive today (May 4). Six of the 12 are sub-inspectors. All 12 have been admitted in hospitals while 40 others who came in contact have been quarantined as well," Assistant Commissioner of Police Avinash Dharmadhikari said.

The JJ Marg police station shares a boundary wall with state-run JJ Hospital, one of the biggest medical facilities in the metropolis.

On Sunday, six personnel from the Pydhonie police station, three from Nagpada and two from Mahim police station were found infected with the virus.

The tally of cases crossed the 9,000-mark on Monday with the addition of 510 new patients, while 18 more died due to the viral infection, the city civic body said.

The death toll reached 361 after 18 more patients, most of them with co-morbidities, succumbed to the disease in the city in the last 24 hours. 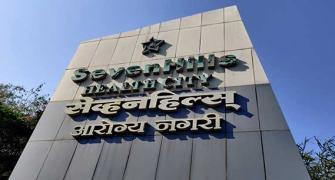