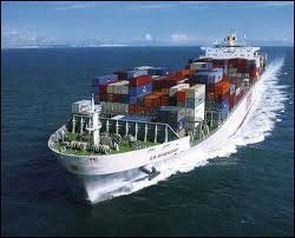 A Turkish oil-chemical tanker with an all Indian crew of 24 has been hijacked by pirates off the coast of the West African nation Gabon.

MV Cotton, the Malta-flagged vessel, was taken over by suspected pirates 15 miles off the GentilPort early on Monday, a statement from V Ships, the crew manager for the vessel owned by a Turkish company, said.

The oil products and chemical tanker lost contact with its Turkish owner 'Geden Lines' after leaving Port Gentil in Gabon early Monday morning, an official at Turkey's foreign ministry in Ankara was quoted by media reports as saying.

Later in the day, Geden told Turkish officials that the vessel may have redirected its course towards the Ivory Coast, the foreign ministry said.

"The ship was hijacked during night. All officials were informed about the hijack. Unfortunately, the ship is sailing now. There is no contact with the crew. We are cooperating with Cameroon and Nigeria," Ahmet Riza Demirer, Turkish Ambassador to Gabon, was quoted by media reports as saying.

The foreign ministry official said Demirer is in contact with local authorities about the matter and Geden Lines has reached out to ambassadors in Gabon, Ghana and the Ivory Coast.

Captain Shishir Wahi, 54, took over the command of the vessel on July 12.

"Basically, the company has not got any news. We spoke to them on Tuesday, they have been really cooperative, they have been staying in touch with us. But we haven't got any new news," Richa Wahi, Captain Wahi's daughter told a TV channel rom Kolkata.

"All we know is that pirates have taken over the ship and hey are probably not around anymore. They have probably sailed away from Gabon but we have no other news as yet," she said.

The 2007-built ship was awaiting berthing in the Gulf of Guinea at the time of the hijack, V Ships said. The vessel has a gross tonnage of 23,248 tonne and is 184 metre long.

Officials at the Directorate General of Shipping in Mumbai confirmed the incident but said they are awaiting further details.

Information on the cargo which the ship was carrying and the voyage details were not immediately available.

Company officials did not confirm if any demand for ransom has been made by the suspected sea brigands.

"Safety is the absolute priority of V-Ships and every effort is being made to secure the safe return of the crew," the statement from V Ships said.

Company officials informed the Turkish government and the Navy as well as other agencies and embassies about the hijack, it said.

"We are all hoping, our fingers are crossed, we are hoping that the ship isn't fully loaded as yet, in fact they have gone in for loading for a day and then they were in outer anchorage and they were going to the port and complete the loading after the gap of 7-8 days," Richa said.

"So, I really don't know how much is there for them to loot even then I am sure they should take whatever they want and leave the men safe," she added.

On help from the Indian government, Richa said, "Yes, we have friends who are helping us. People have spoken to the Ministry of External Affairs and we are going to focus on that today".

In a report published this week, the International Maritime Bureau highlighted a rise in piracy and armed robbery in the Gulf of Guinea off the west coast of Africa.

The agency raised concerns over a "worrying new trend" of kidnappings further from shore in the area.