News
Business
Movies
Sports
Cricket
Get Ahead
Money Tips
Shopping
Sign in  |  Create a Rediffmail account
Rediff.com  » News » They pulled our hair, tore my clothes; they planned to kill me: Trupti Desai

They pulled our hair, tore my clothes; they planned to kill me: Trupti Desai 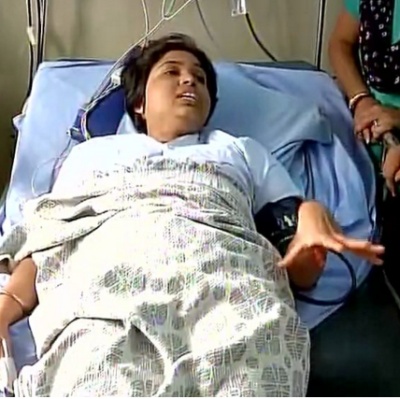 In a high drama, Bhoomata Ranragini Brigade leader Trupti Desai on Wednesday night took darshan of goddess Mahalaxmi by entering into sanctum sanctorum of the temple by defying the "dress code" prescribed by the police and priests, amid a minor scuffle inside the famous shrine in Kolhapur.

"The attackers said, 'don't let Trupti Desai get out alive', she told ANI. "There were people who came to attack us; even the priest was abusing us. The doctor said I could have gotten a paralysis attack," she claimed.

"They pulled our hair, tore my clothes, abused us. I think the attackers planned to kill me, she added.

Notwithstanding the "advice" given by the police to wear sari inside 'girbh griha' of the temple, the woman activist entered the inner sanctum in salwar kameez though some priests and devotees tried to block her way.

Earlier in the day, Desai and other activists were taken into preventive custody by police when they tried to proceed towards the temple in a procession allegedly in violation of prohibitory orders.

Desai headed towards temple in night after she was detained by the police during day time.

She and other activists had organised the 'Vijay' rally in afternoon to mark "victory" for the cause of women who were recently allowed to enter the inner sanctum of the temple in a major departure from the long-standing tradition.

Desai and her associates were stopped in Tararani Chowk by the police where they had gathered to organise the procession. The atmosphere around the temple was tense and shops downed shutters as activists of Shiv Sena and other organisations gathered in the area after Desai insisted to take darshan of the deity, clad in salwar kameez instead of a sari, the formal dress code suggested by the police and priests.

Deputy SP Bharatkumar Rane said the police tried to convince Desai against going in procession but she did not budge. She was taken into preventive custody for maintaining law and order, he said. 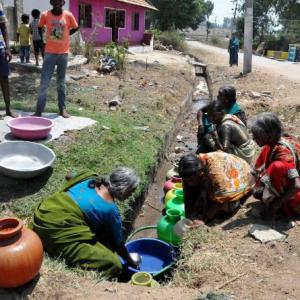 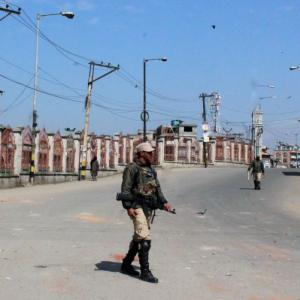