United States President Donald Trump on Friday took a series of actions to ensure availability of medical resources and equipment to fight the global pandemic, as the number of COVID-19 cases in the US surpassed 100,000, with more than 1,500 dead. "My administration is taking new action to ensure that America has the medical resources and equipment needed to fight the global pandemic. It has been a brutal pandemic for over 150 countries all over the world," Trump told reporters at a White House news conference.

Trump has roped in Army Corps of Engineers to build hospitals all over the country, activated the ready reserve components of the Armed Forces and invoked the Defense Production Act to compel General Motors to accept, perform and prioritise federal contracts for ventilators.

In the next 100 days, he said, the government will either make or get in some form over 100,000 additional units.

"My administration is marshalling the full power of the American government, and we will do that, and that is what we have done, and we will continue to do it until our war is won. Economic, scientific, medical, military, and homeland security all of this to vanquish the virus," he said.

The US is working to sign contracts immediately with the major ventilator companies in the country, including General Electrics, Philips, Medtronic, Hamilton, Zole, and Redmed.

Boeing CEO, Dave Calhoun, informed Trump they will be producing and donating face shields to help medical professionals on the front lines of the coronavirus pandemic.

Boeing is also offering the use of their Dreamlifter cargo plane -- the largest aircraft in the world -- for distribution of products all over the country. Boeing will dedicate up to three planes to the mission of flying medical supplies. Each plane can carry 63,000 pounds of cargo per flight.

Earlier in the day, Trump signed into law the historic $2 trillion rescue package to help the Americans and secure the country's economy ravaged by the coronavirus pandemic.

The legislation among other things gives $3,400 for most of the American families of four, and billions of dollars' worth of financial assistance to small and medium businesses, and big corporations like Boeing.

"We've never signed a bill of that magnitude and you know incredibly it was 96 to nothing in the Senate, and it was essentially the same thing in Congress," Trump said. The US Senate had passed the coronavirus stimulus bill with a massive 96-0 votes on Thursday.

Trump said his administration is actively planning the next phase in an all-out war against this horrible virus.

Widespread surveillance testing will allow them to monitor the spread of the virus and were doing that quite accurately, he said. This surveillance testing, he said, will soon enable the administration to publish updated guidelines for state and local leaders.

"We want every county and region in the country to have the underground evidence that they need to determine that mitigation measures that are right for them," he said, adding that each location is different.

Responding to questions, Trump said he wants the state governors to be appreciative of the work being done by his administration, in particular Vice President Mike Pence, who is leading the White House Task Force on Coronavirus. 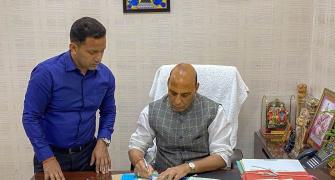 SEE: How netas are spending time during lockdown 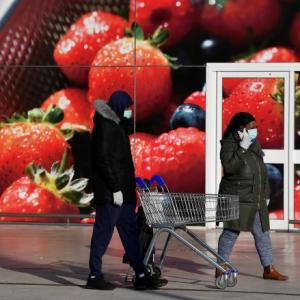