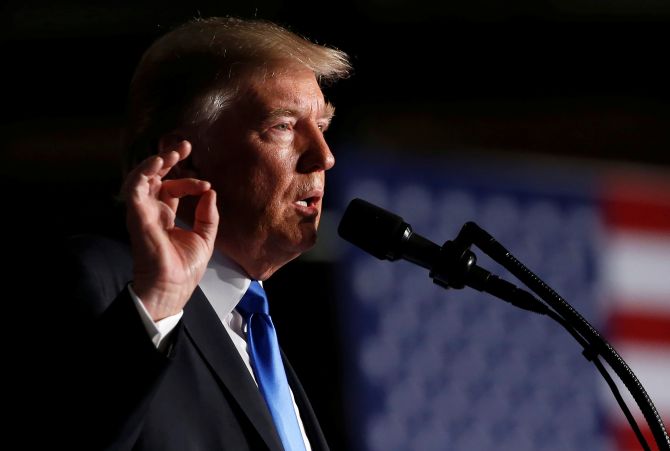 United States President Donald Trump has cancelled a 'secret' summit with Taliban leaders and his Afghan counterpart after the insurgent group claimed responsibility for a deadly attack in Kabul that killed an American soldier and 11 others, dealing a body blow to protracted negotiations that were nearing a peace deal to end America's longest war.

In a series of tweets on Saturday, Trump disclosed that he was to meet Afghan President Ashraf Ghani and senior Taliban leaders on Sunday at his Camp David retreat.
But he cancelled the meeting after the Taliban admitted it was behind a suicide car bomb attack Thursday that had killed an American soldier and 11 others in the capital of Kabul.

'Unbeknownst to almost everyone, the major Taliban leaders and, separately, the President of Afghanistan, were going to secretly meet with me at Camp David on Sunday. They were coming to the United States tonight,' Trump tweeted.

'Unfortunately, in order to build false leverage, they admitted to.. .an attack in Kabul that killed one of our great great soldiers, and 11 other people. I immediately cancelled the meeting and called off peace negotiations,' Trump said.

'What kind of people would kill so many in order to seemingly strengthen their bargaining position? They didn't, they... ..only made it worse!' he said.

Trump's move comes after nine rounds of talks between the US and Taliban representatives, held in Doha, the capital of the Gulf state of Qatar.

Trump's US negotiator Zalmay Khalilzad had announced a peace deal 'in principle' with the Taliban on Monday.

As part of the proposed deal, the US would withdraw 5,400 troops from Afghanistan within 20 weeks. However Khalilzad said final approval still rested with Trump.

The US currently has about 14,000 troops in the country.

'If they cannot agree to a ceasefire during these very important peace talks, and would even kill 12 innocent people, then they probably don't have the power to negotiate a meaningful agreement anyway,' Trump said.

'How many more decades are they willing to fight?' questioned Trump.

Inviting Taliban leaders onto American soil was an unprecedented move and a significant development in America's longest running war just days from the anniversary of the September 11, 2001, terrorist attacks, CNN said.

It's not clear if Trump's abrupt announcement will impact the peace process to end more than 18 years of war in Afghanistan.

Trump's announcement came as the foreign ministers of China, Pakistan and Afghanistan on Saturday called for a politically negotiated settlement of the conflict in Afghanistan as they hoped for an early start of dialogue in the war-torn country for complete cessation of violence.

Afghanistan's President Ghani had been outspoken in his criticism of the withdrawal agreement with the Taliban, who have refused to negotiate with his government.

Khalilzad arrived in Kabul last week, after a final negotiating session with the Taliban, to brief Ghani's government on the terms of the agreement. Those terms included the withdrawal of more than 5,000 US troops - more than one-third of the total in Afghanistan -- in exchange for the Taliban agreeing to sever ties with Al Qaeda and to continue its fight against the Islamic State.

The deal also included a Taliban commitment to begin inter-Afghan talks with the Ghani government, expected to start within weeks. The talks themselves would include discussion of a cease-fire.

Trump approved those terms when he met with Khalilzad and his top national security officials in late August.

While national security adviser John Bolton was wary of the deal and argued that the Taliban could not be trusted, Secretary of State Mike Pompeo and others agreed that it would provide a good jump-start to an actual peace deal among the Afghan parties, allowing Trump to fulfil his campaign pledge of ending the war.

Ghani argued that the process cut him out and left the US-backed government in Afghanistan vulnerable.

Trump -- who had long advocated for a US withdrawal from Afghanistan before he took office -- has said that he would finally end the war.

A spike in attacks by Taliban insurgents in Afghanistan has been 'particularly unhelpful' to peace efforts there, a senior US military commander said on Saturday as he visited neighbouring Pakistan, where many Taliban militants are based.

Trump's move may come as a major set back to the Pakistani leadership which is heavily banking on the peace negotiations with the Taliban to use this as a leverage with the Americans on a host of issues.