United States President Donald Trump has declined to commit to a peaceful transfer of power if he loses the November 3 presidential election, complaining about the use of mail-in ballots and terming them a "disaster". 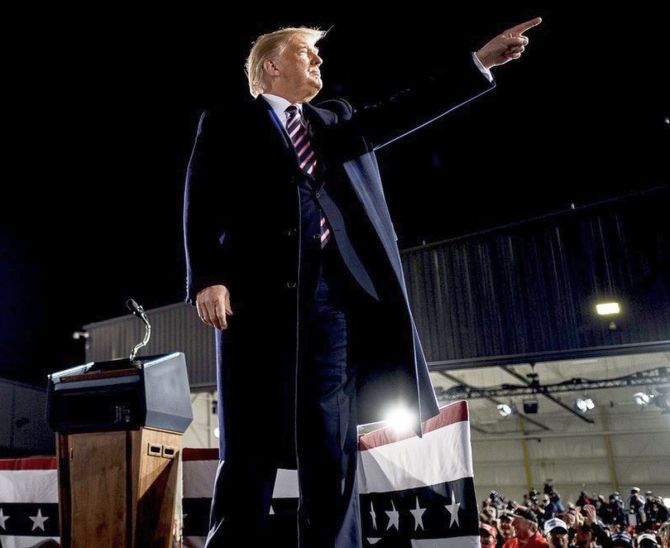 Asked whether he will leave the White House peacefully, if he loses the election, Trump responded: "Well, we're going to have to see what happens."

"We are going to have to see what happens, you know that. I have been complaining very strongly about the ballots, and the ballots are a disaster...," Trump told reporters at a White House news conference on Wednesday.

Not satisfied with the answer, the reporter again asked. "Do you commit to making sure that there is a peaceful transferal of power?"

Trump exuded confidence that there will be continuation of power.

"We want to get rid of the ballots and we will have a very peaceful -- there will not be a transfer. Frankly, there will be a continuation. The ballots are out of control, you know it, and you know who knows it better than anybody else? The Democrats know it better than anybody else," the president said as he refused to take any other question from the same journalist.

"Go ahead. Please go ahead. Yes, go ahead. You asked a question. Go ahead please," he said.

Utah Senator Mitt Romney also commented on the president's words, writing on Twitter on Wednesday, he said: "Fundamental to democracy is the peaceful transition of power; without that, there is Belarus. Any suggestion that a president might not respect this Constitutional guarantee is both unthinkable and unacceptable."

During an interview with Fox News earlier this year, Trump didn't commit to accepting the election results either, saying "I have to see."

Trump has claimed that mail-in voting is susceptible to massive fraud.

Trump's attacks on the balloting have led to concerns that he is undermining the trust in the election process and will contest the results if he loses.

Even though he won the 2016 election, he still falsely claimed that there was massive fraud in California, which his Democratic rival Hillary Clinton won handily.