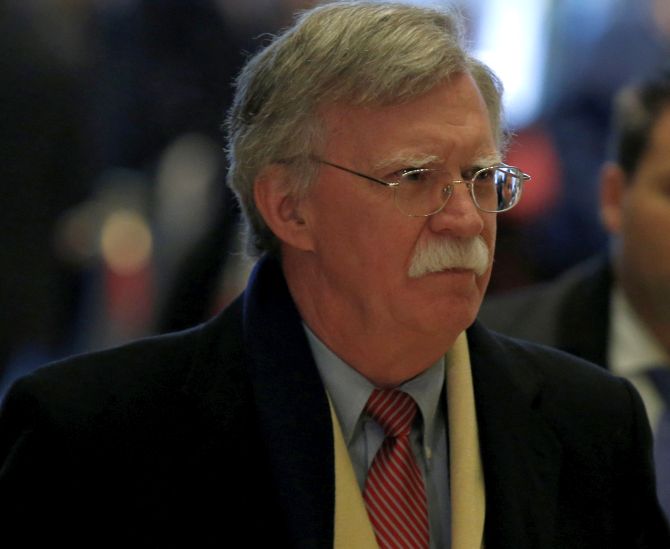 United States President Donald Trump on Tuesday fired his National Security Advisor John Bolton, saying he 'disagreed strongly' with many of his suggestions.

Appointed in April 2018, Bolton is the third national security adviser to leave Trump's side, following in the footsteps of Michael Flynn and H R McMaster.

'I informed John Bolton last night that his services are no longer needed at the White House. I disagreed strongly with many of his suggestions, as did others in the Administration, and therefore.... I asked John for his resignation, which was given to me this morning,' Trump tweeted.

'I thank John very much for his service. I will be naming a new National Security Advisor next week,' he added.

The tweet came just one hour after the White House press office said Bolton was scheduled to appear at a Tuesday press briefing alongside Secretary of State Mike Pompeo and Treasury Secretary Steve Mnuchin.

Minutes after Trump tweeted, Bolton came out with his own response, contradicting the president's version of events.

A leading foreign policy hawk, Bolton was widely known to have pressed Trump for a harder line on North Korea and Iran.

He had also advocated a tougher approach on Russia and Afghanistan.

A disagreement between Trump and Bolton over the president's decision to host a now-cancelled meeting with leaders of the Taliban at Camp David reportedly appeared to be the last straw.