Donald Trump has vowed to "put America first" and restore "law and order" in a country rocked by shootings and attacks as he appealed to the Americans to elect him to the White House while formally accepting the Republican nomination as the presidential candidate. 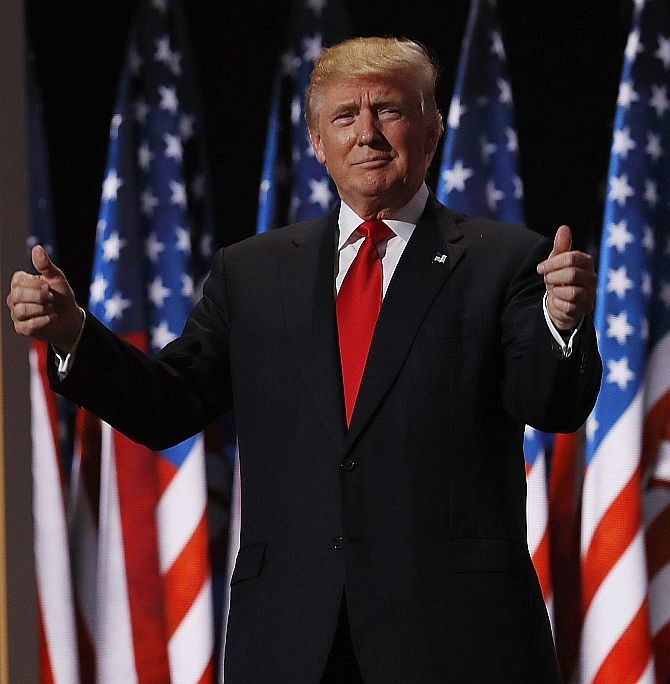 The 70-year-old real estate tycoon called himself the "law and order candidate" as he vowed to defeat ISIS and reiterated his resolve to build the wall along the Mexico border, stressing that immigration from countries that have compromised on terrorism should be be immediately suspended.

While accepting the nomination "humbly and gratefully" at the REpublican convention in Cleveland, Ohio, Trump promised to defeat ISIS and Islamic terrorism, but toned down his previous proposal of a complete ban on entry of Muslims in the country.

Trump said his plan will put America First. Americanism, not globalism, will be his credo.

"As long as we are led by politicians who will not put America First, then we can be assured that other nations will not treat America with respect that we deserve," he said amid thunderous applause.

"In this race for the White House, I am the law and order candidate," he said as he accused US President Barack Obama of sowing disunity along racial lines. 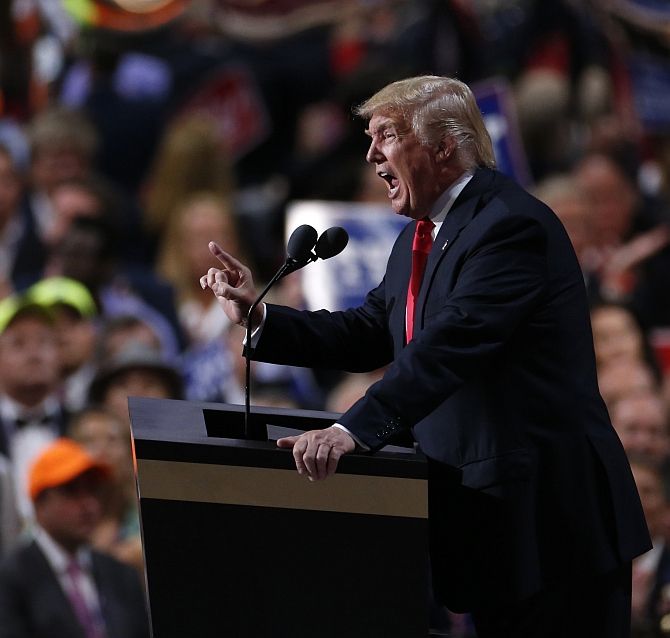 "The irresponsible rhetoric of our president, who has used the pulpit of the presidency to divide us by race and color, has made America a more dangerous environment for everyone.

The "crime and violence that today afflicts our nation will soon, and I mean very soon, come to an end," he said.

Trump painted his rival from the Democratic camp Hillary Clinton as incompetent.

"This is the legacy of Hillary Clinton: death, destruction, terrorism and weakness," he said.

Trump said if elected as the US President in the November elections, he will put in place an immigration system "that works, but one that works for the American people".

"Tonight, I want every American whose demands for immigration security have been denied -- and every politician who has denied them -- to listen very closely to the words I am about to say. On January 21st of 2017, the day after I take the oath of office, Americans will finally wake up in a country where the laws of the US are enforced. We are going to be considerate and compassionate to everyone. 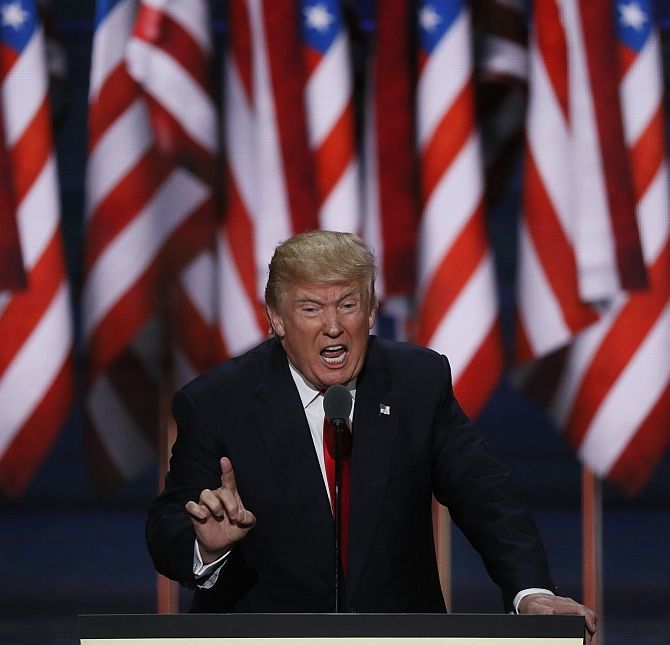 "But my greatest compassion will be for our own struggling citizens. My plan is the exact opposite of the radical and dangerous immigration policy of Hillary Clinton. Americans want relief from uncontrolled immigration. Communities want relief," he added.

"Illegal border crossings will go down. Peace will be restored. By enforcing the rules for the millions who overstay their visas, our laws will finally receive the respect they deserve.

"We must immediately suspend immigration from any nation that has been compromised by terrorism until such time as proven vetting mechanisms have been put in place," he said in his speech during his party's ongoing National Convention.

"We don't want them in our country," the New York billionaire said to huge cheers and applause.

Trump had earlier called for a complete ban on Muslims from entering the country, which had drawn widespread global condemnation.

In his acceptance speech, Trump said to make life safe in America, they must also address the growing threats the country faces from outside.

"America: we are going to defeat the barbarians of ISIS. Once again, France is the victim of brutal Islamic terrorism. 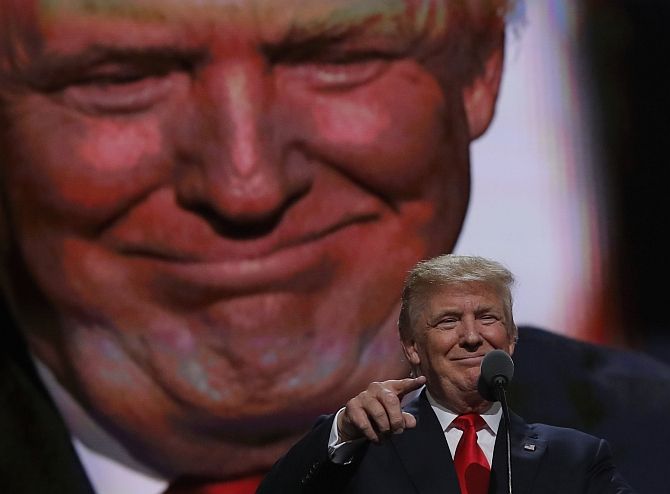 "Men, women and children viciously mowed down. Lives ruined. Families ripped apart. A nation in mourning. The damage and devastation that can be inflicted by Islamic radicals has been over and over -- at the World Trade Centre, at an office party in San Bernardino, at the Boston Marathon, and a military recruiting centre in Chattanooga, Tennessee," he said.

To protect the US from terrorism, he proposed a three pronged strategy.

"We must have the best intelligence gathering operation in the world. We must abandon the failed policy of nation building and regime change that Hillary Clinton pushed in Iraq, Libya, Egypt and Syria," he said.

Instead, the US must work with all of its allies who share the goal of destroying ISIS and stamping out Islamic terror.

"This includes working with our greatest ally in the region, the State of Israel. Lastly, we must immediately suspend immigration from any nation that has been compromised by terrorism until such time as proven vetting mechanisms have been put in place," he said.

Trump said anyone who endorses violence, hatred or oppression is not welcome in the US and never will be.