Senior Bharatiya Janata Party leader B L Santhosh and three others were named as accused by the Special Investigation Team in the case of alleged conspiracy to poach four Telangana Rashtra Samithi MLAs, officials said on Thursday. Following directions from the Telangana high court, the SIT, probing the case, also issued a second notice to BJP national general secretary-organisation Santhosh, who is yet to appear before it.

In the fresh notice, he has been asked to appear before SIT for questioning on November 26 or November 28, official sources told PTI.

Based on the investigations so far, the SIT filed a memo in a special Anti-Corruption Bureau court in Hyderabad adding the names of Santhosh and two persons from Kerala--Jaggu Swami and Tushar Vellapally, besides B Srinivas, as accused in the case, they said.

Three persons -- Ramachandra Bharati alias Satish Sharma, Nanda Kumar and Simhayaji Swamy, were already named as accused in the case after a complaint was lodged by TRS MLA Pilot Rohith Reddy, among four legislators, against them on October 26.

As per the FIR copy, Rohith Reddy alleged that the accused offered him Rs 100 crore and in return the legislator had to leave the TRS and contest as a BJP candidate in the next Assembly election.

The Telangana high court on Wednesday had directed the SIT to again serve notice on Santhosh under Section 41A of the Code of Criminal Procedure (CrPC) to Santhosh.

Earlier, the Telangana SIT had issued notices to Santhosh and the two persons from Kerala to appear before it for questioning on November 21. However, they did not turn up before the probe panel. Srinivas, who was also summoned by the SIT, had appeared before it.

The Telangana government on November 9 ordered the setting up of a seven-member SIT to probe into the alleged poaching of the MLAs. 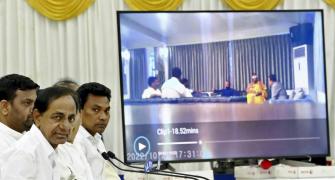 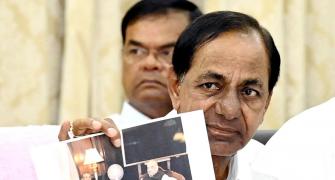 TRS MLAs who alleged poaching by BJP now 'get threats' 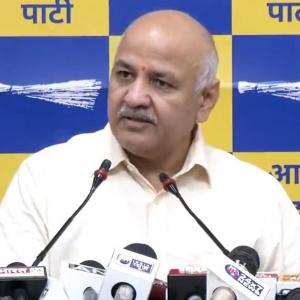 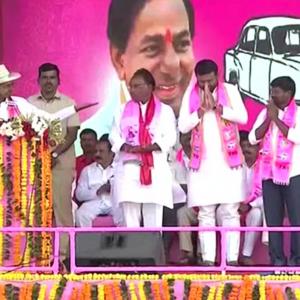