Trouble for BJP govt in Manipur as 9 MLAs resign

The Bharatiya Janata Party-led government in Manipur is heading towards a crisis with nine ruling coalition members, including four ministers, resigning on Wednesday. 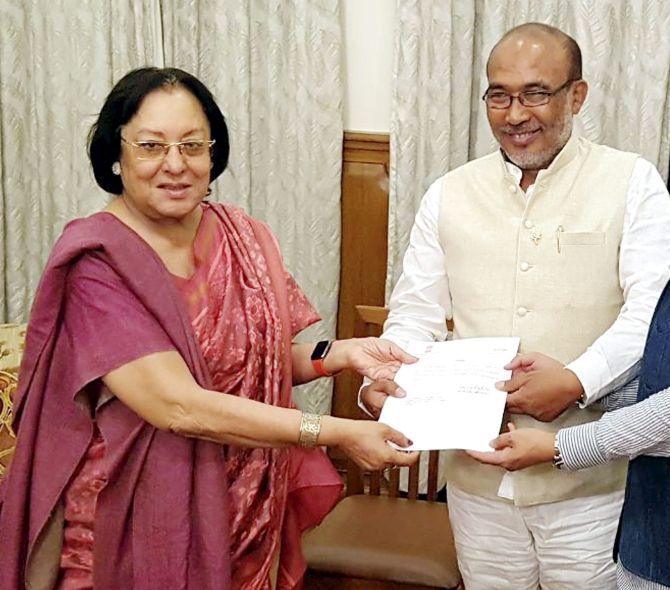 The rest who resigned are three MLAs from BJP, one from All India Trinamool Congress and one independent.

After the day's development, the total strength against chief minister N Biren Singh is now 28, including 20 from Congress, 4 National People's Party, 2 from BJP (who quit during the day), one AITC and an Independent.

Subhaschandra who is among the three BJP MLAs who quit Wednesday has tendered his resignation from membership of the Manipur Legislative Assembly.

Congress legislative party leader O Ibobi Singh said his party is trying to form a coalition government in Manipur and will soon move a no-confidence motion against the BJP-led government.

Addressing a press conference in Imphal late on Wednesday night, Singh said all three BJP MLAs who resigned from the assembly and the party have joined the Congress.

He said he contacted all the four ministers from the National People's Party (NPP) who have resigned from the BJP-led coalition government to discuss the latest political developments in the state.

Singh, the former chief minister, said his party will move a no-confidence motion against the government of N Biren Singh and approach speaker Yumnam Khemchand Singh to convene a special session of the assembly at the earliest.

The seven Congress MLAs, who had earlier crossed over to the BJP, are facing anti-defection cases under the Tenth Schedule of Indian Constitution in the Speaker's Tribunal as well as in the high court of Manipur.

One Congress MLA who joined the BJP-led government was disqualified from the membership of Manipur Legislative Assembly recently reducing the strength of the house to 59. Assembly election in Manipur was held in 2017.

Now, 18 BJP members are with Biren Singh supported by 4 MLAs of Naga People's Front (NPF) and one MLA from LJP. Their total strength has come down to 23 MLAs.

Manipur will see election for one Rajya Sabha seat on June 19. Both, the BJP and the Congress have fielded candidates for the lone seat of the upper house.

The BJP has fielded Leisemba Sanajaoba, the titualar king of Manipur, while the Congress nominee is T Mangi Babu. 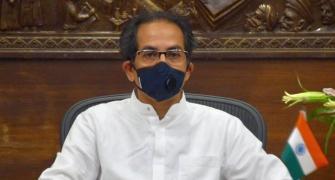