News
Business
Movies
Sports
Cricket
Get Ahead
Money Tips
Shopping
Sign in  |  Create a Rediffmail account
Rediff.com  » News » Trolls call Masaba names on Twitter, she takes them down in style

Trolls call Masaba names on Twitter, she takes them down in style

'I am the illegitimate product of two of the most legitimate personalities you will find', said the designer in response to the hate she received on Twitter. IMAGE: Masaba Gupta, the 28-year-old designer, received hate on social media when she supported the ban on firecrackers in Delhi during Diwali.

Being trolled on social media? Learn how to deal with them by designer Masaba Mantena.

The 28-year-old designer, who recently found herself to be target of trolls, gave them a fitting reply.

The episode occurred when she took a supportive stand on the Delhi firecrackers ban. She was immediately inundated with hate messages, trolls, offensive abuses etc.

Some users to her Twitter page, calling her a ‘b*****d’ and an ‘illegitimate west Indian’.

However, she didn’t let the abuses get her down and in fact, posted a message, which has gone viral since. IMAGE: The message that Masaba posted on her Twitter page. The post has gone viral since with many applauding her for her response. Photograph: @MasabaG

She wrote, “By calling me names like b….d child or ‘illegitimate West Indian’ it only makes my chest swell with pride. I am the illegitimate product of two of the most legitimate personalities you will find and I have made best of life, both personally and professionally out of which I am proud of.”

The daughter of cricketer Sir Vivian Richards and Bollywood actress Neena Gupta said that she was now immune to these words as she's been reading them since she was 10. “My legitimacy comes from the work I do & what my contribution to society has been. And you can try but you will not be able to raise a single finger on the either of the two,” she wrote.

Masaba further said that the trolls can continue trolling her if it makes them feel glorious, but nothing would deter her or undermine her confidence.

Actress Sonam Kapoor jumped in to support Masaba by tweeting, “Love you Masaba… you make us all damn proud.”

Alia Bhatt’s mother Soni Razdan too tweeted her support, “You tell ‘em Masaba! And there is no such thing as ‘illegitimacy’. If you exist you are ‘legitimate’. Nature has seen to that.”

And author Chetan Bhagat who had opposed the ban on sale of firecrackers during Diwali, too jumped in to support Masaba by tweeting, “You are amazing, one of the truly most inspiring people I have met. Learn from me. Don't let ‘em trolls get to you. You’re bigger than that!” 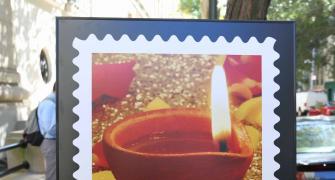 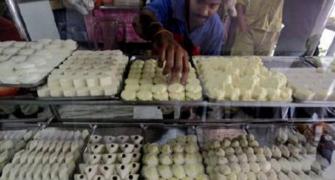