Two days after a mosque was vandalised during a Vishwa Hindu Parishad rally in Chamtilla in Panisagar sub-division of North Tripura district, Tripura police on Thursday appealed to people to not spread rumors and fake pictures on the incident, pointing out that no mosque was burnt there as was being made out in fake photographs posted on social media. 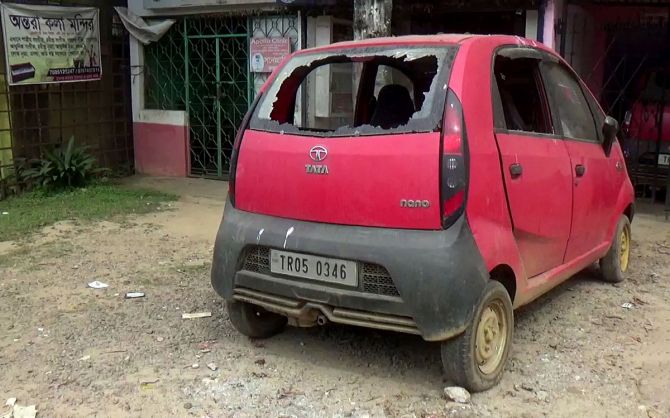 The Tripura police said on Twitter that fake social media IDs are being used to spread rumours and fake news and clarified that the law and order situation in the state is 'absolutely normal'.

'During yesterday's protest rally in Panisagar, no masjid (mosque) was burnt and the picture being shared of burning or damaged masjid or collection of sticks, etc., are all fake news,' the Tripura Police tweeted.

The police force said 'some vested interests are trying to disturb the peaceful communal situation of Tripura ... (we) request every citizen to help in maintaining law and order and peace'.

"All the mosques across the state are under security cover now. We are keeping a vigil on the situation," Yadav had said on Wednesday.

A mosque was vandalised and two shops were set ablaze at Chamtilla on Tuesday evening during a VHP rally taken out to protest against recent violence against Hindus in neighbouring Bangladesh.

Three houses and a few shops, reportedly owned by members of the minority community, were also ransacked in nearby Rowa Bazar, North Tripura Superintendent of Police Bhanupada Chakraborty had said.

"Now the situation in North Tripura district is peaceful. We have beefed up security and police protection for all mosques in the district. Prohibitory orders under Section 144 CrPC were promulgated at Panisagar and Dharmanagar subdivisions for an indefinite period," Chakraborty had told PTI.

Tripura State Jamiat Ulama, a branch of all-India organisation Jamiat Ulama-i-Hind that seeks to protect Islamic beliefs, identity, heritage and places of worship, confirmed that police protection has been given to all mosques of North Tripura.

Assistant inspector general of police (Law and Order) Subrata Chakraborty also that all district heads of police were asked to provide security to mosques and organise regular patrolling in vulnerable areas. 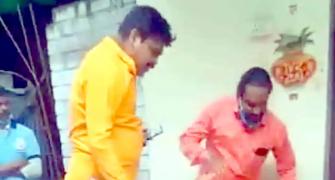 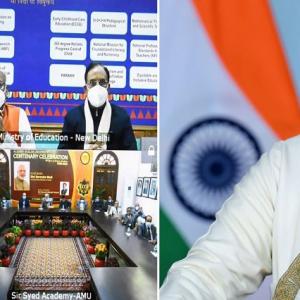