The Supreme Court by a majority verdict on Tuesday set aside the practice of instant divorce through triple talaq among Muslims, saying the practice was void, illegal and unconstitutional.

The apex court held that the triple talaq was against the basic tenets of Quran.

"In view of the different opinions recorded by a majority of 3:2, the practice of talaq-e-biddat -- triple talaq is set aside," a five-judge constitution bench said in a 395-page order.

While Chief Justice J S Khehar and Justice S Abdul Nazeer were in favour of putting on hold for six months the practice of triple talaq and asking the government to come out with a law in this regard, Justices Kurian Joseph, R F Nariman and U U Lalit held it as violative of the Constitution.

The majority verdict said any practice including triple talaq which is against the tenets of Quran is unacceptable.

The three judges also said the practice of divorce through triple talaq is manifestly arbitrary and violative of the Constitution and must be struck down.

The minority verdict by CJI Khehar and Justice Nazeer, which favoured keeping on hold the practice of triple talaq for six months, asked the political parties to set aside their differences and help the Centre in coming out with a legislation.

The judges in the minority verdict said that if the Centre does not bring a law within six months, then its injunction on triple talaq will continue.

CJI Khehar and Justice Nazeer in their minority verdict expressed hope that the Centre’s legislation will take into account the concerns of Muslim bodies and the Sharia law.

The bench, made up of judges from different religious communities -- Sikh, Christian, Parsi, Hindu and Muslim, had heard seven pleas, including five separate petitions filed by Muslim women challenging the prevalent practice of triple talaq in the community.

The petitioners had claimed that the practice of triple talaq was unconstitutional.

The Muslim women, who had filed the petitions, had challenged the practice of triple talaq in which the husband pronounces talaq thrice in one go, sometimes even by phone or a text message, to get divorce.

During the hearing, the apex court had observed that the practice of triple talaq was the ‘worst’ and 'not a desirable' form of dissolution of marriage among Muslims, even though there were schools of thought which called it 'legal'.

The Centre had earlier told the bench that it will come out with a law to regulate marriage and divorce among Muslims if triple talaq is held invalid and unconstitutional by the apex court.

The government had termed all the three forms of divorce among the Muslim community -- talaq-e-biddat, talaq hasan and talaq ahsan, as ‘unilateral’ and ‘extra-judicial’.

The Centre had said triple talaq is neither integral to Islam, nor a ‘majority versus minority’ issue but rather an ‘intra-community tussle’ between Muslim men and deprived women.

The batch of pleas had also challenged the constitutional validity of other practices like nikah halala and polygamy among Muslims.

The bench had taken up the main matter on its own as a petition titled 'Muslim women's quest for equality'.

The apex court had on its own taken cognisance of the question whether Muslim women faced gender discrimination in the event of divorce or due to other marriages of their husbands.

Source: PTI© Copyright 2020 PTI. All rights reserved. Republication or redistribution of PTI content, including by framing or similar means, is expressly prohibited without the prior written consent.
Related News: CJI Khehar, Muslim, All India Muslim Personal Law Board, Mukul Rohatgi, Union of India
SHARE THIS STORY
Print this article 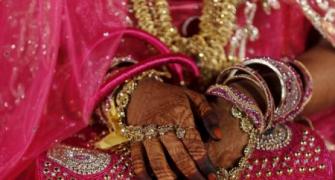