A group of protesters from Left organisations, which waited for the Trinamool Congress chief outside the commission's office, raised slogans against her when she arrived with Mitra at 3:45 pm to meet plan panel Deputy Chairperson Montek Singh Ahluwalia.

After this, Trinamool Congress workers unleashed violence across Bengal and communist leaders across Pursura, Haripal, Taldangra were attacked on Tuesday evening.

Trinamool Congress workers allegedly ransacked seven Communist Party of India-Marxist offices in Coochbehar, a party office in Danton and one in Barrackpore. A CPI-M-inclined teacher in Daspur too faced the Trinamool wrath.

Six CPM offices at Barrackpore in North 24 Parganas district were burnt down and the car of former Higher Education minister and CPM leader Sudarshan Roychowdhury was damaged at Serampore in Hooghly district, the sources said.

The car of former minister and veteran CPM leader Abdur Rezzak Mollah was attacked with bombs at Baruipur in South 24 Parganas district, they said.

Party offices were targetted with CPM workers driven out and furniture damaged at Haripal, Tarakeswar, Pursura, and Chunchura in Hooghly district, the sources said.

The police said that in Pursura in the same district, seven bombs were found in a CPM party office after receiving a complaint from Trinamool Congress.

At Salkia, Bagnan, Udaynarayanpur and Domjur in Howrah district, party offices were vandalised. The police said the situation was now under control.

In Birbhum distroct, Debashis Ganguly, Suri CPM zonal committee secretary, charged a TMC procession with around 100 persons broke into the party office and vandalised it. 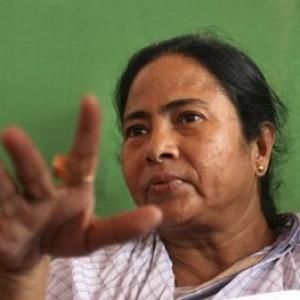 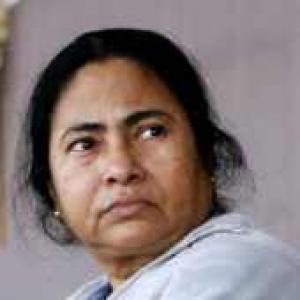