The Central Bureau of Investigation, which probed the case, has sought examination of three of its witnesses which include Uttar Pradesh electricity department official Rajesh Kumar and state police cameraman Chunni Lal, who had taken the photographs of the crime scene, besides forensic expert A D Saha.

In a setback to Aarushi's mother Nupur Talwar, the Supreme Court had on Thursday dismissed her review petition challenging the summons issued by the special CBI court in the murder case and warned her of "exemplary costs" for any frivolous litigation in future.

A bench of justices A K Patnaik and J S Khehar had also dismissed Nupur's plea for further probe into the crime and dismissed her bail plea.

The trial, which was slated to start on June 4, had been deferred following a lawyers' agitation.

Special CBI Judge S Lal has ordered that Rajesh and Nupur Talwar should be tried for the alleged murder of the teenager and their domestic servant Hemraj on the intervening night of May 15-16, 2008.

Lal has also charged Rajesh with misleading the probe by filing an FIR with the Noida police, alleging that Hemraj had killed his daughter in their Jalvayu Vihar residence. The body of Hemraj was found in the terrace of the house on May 17.

Both Nupur and Rajesh have pleaded "not guilty" and have decided to face the trial. 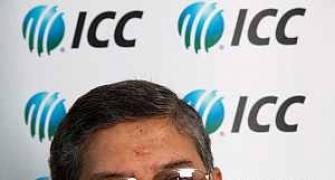 We will defend our honour, Talwars after SC snub