A court in New Delhi has directed the commissioner of Delhi police to look into the probe in the alleged gang rape case of a minor girl by six cops in a police station last year while lambasting police for not taking steps to identify the accused.

"I find the Investigating Officer has not taken steps in regard to identification of police officers at concerned police post/police station on the date of the incident," Additional Chief Metropolitan Magistrate Manish Yaduvanshi said.

It said that though the FIR was registered in the case for the offence of rape, none of the accused was charge sheeted under this provision.

"In order to have investigation directed in right earnest and to rule out any possibility of retrial/reconsideration, this court directs commissioner of police to inquire into the matter and forward a report to the court," the ACMM said.

The court passed the order in the case pertaining to a minor girl hailing from Jalpaiguri in West Bengal who was allegedly trafficked to the capital by accused Geeta Lakra, 24, and Jawahar Lakra, 22.

As per the FIR, Lakras had coerced the girl into coming to Delhi with them and handed her over to the third accused Gul Mohammed, 40, to be employed at his office.

The girl had alleged that one day she escaped from the office and came near the JPN station, which comes under I P Estate Police Station, where six police personnel tied her mouth and eyes and sexually assaulted her.

After a local handed her to Child Welfare Commission, it wrote to the police commissioner asking him to register a case of rape and kidnapping.

The police charge sheeted Geeta and Jawahar for kidnapping and Gul Mohammed under provisions of the Juvenile Justice Act for exploiting a child employee and not for the offence of rape.

While taking cognisance of the charge sheet, the court noted that though FIR was registered under section 376 IPC (rape), none of the three accused were charge sheeted under it even as the girl's medical test confirmed sexual assault.

Considering that "the girl had already named a relative of Geeta Lakra as the person who raped her before she was brought to Delhi," the court emphasised "further investigation needed to be monitored as possibility that the charge sheeted accused could also turn out to be perpetrators of sexual assault cannot be overruled."

The court also noted that probe in respect of the persons who employed the minor as domestic help is also pending.

The ACMM pulled up the police for relying solely on the statement of the victim and not examining other persons to whom she had told about the incident.

It noted that during recording of the statement before the court and the police, the girl was unresponsive about the incident due to trauma and is being given regular counseling sessions by a NGO.

It also noted that even as the girl had confided in an employee of a child welfare home and also the counsellor at the NGO, the police are yet to examine them.

"The prosecutrix-centric approach of the investigating agency is not justified in view of the statements of various other persons in whom prosecutrix did confide including the doctors who counselled her," the court said. 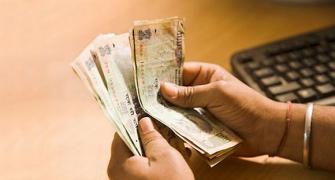 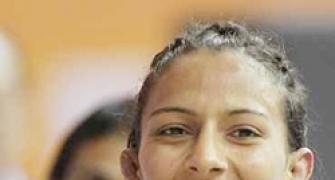 Ashis Nandy to move SC to have FIRs against him quashed