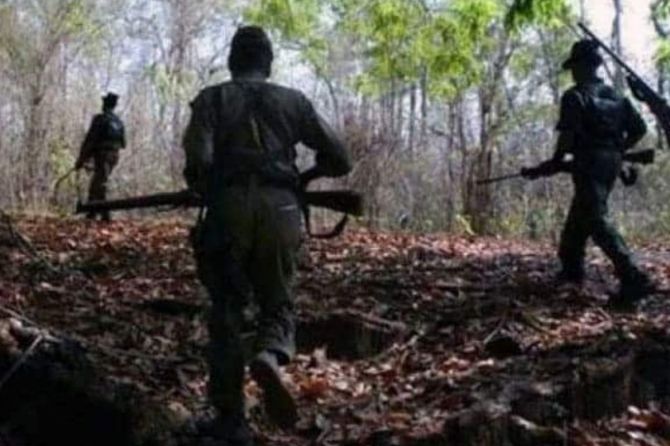 Among the 26 Naxals killed in an encounter with police in Maharashtra's Gadchiroli district, many of them carried huge cash rewards on their heads, including top Maoist leader Milind Teltumbde who carried a bounty of Rs 50 lakh, officials said on Sunday.

Teltumbde was among the 26 ultras killed on Saturday in the gun-battle at Korchi in Mardintola forest area of Gadchiroli, located over 900 km from Mumbai, when a C-60 police commando team was conducting a search operation, police said based on primary identification of the dead rebels.

The dead rebels included 20 males and six females, an official said, adding that 10 of them were yet to be identified.

A male and a female bodyguard of Teltumbde were also among those killed in the encounter, police said.

Milind Teltumbde, a member of the Maoists' central committee and one of the wanted accused in the Elgar Parishad-Maoist links case, was carrying a reward of Rs 50 lakh on his head for his alleged involvement in violent activities against the state, a police official said.

Besides, Chetan Pada, a new recruit in Tipagarh Dalam, carried a reward of Rs 2 lakh on him.

Among the female Naxals killed in the encounter, Vimla alias Manso Boga, who was the bodyguard of Milind Teltumbde, was carrying a cash reward of Rs 4 lakh reward on her head, the official said.