'Told to grant bail to Anderson, send him to Delhi'

On top of a former Central Bureau of Investigation official's charge about Anderson's extradition, the then district magistrate of Bhopal came out with his version of how he was asked to ensure bail for the UC official, hours after his arrest.

"They (Anderson and others) came to Bhopal from Mumbai by service flight. They were taken into police custody at the airport and taken to the Union Carbide guest house, where they were told that they were under arrest. They were lodged in three separate rooms and the formality of arrest was completed," former DM Moti Singh told reporters in Bhopal.

Then, he said, at approximately 2 pm, (on December 7, 1984), the chief secretary called the superintendent of police and the DM to his office and told them to release Anderson and put him in a plane waiting in the airport to go to Delhi.

"Accordingly, we went to the place where he was lodged. We observed the formalities of granting him bail. A Carbide employee stood surety and thereafter he was released on bail, taken to the airport and put on a plane to New Delhi," Singh said.

At least 15,000 people were killed and thousands of others maimed when a poisonous gas leaked from a pesticide plant, owned by Union Carbide, in Bhopal on the night of December 2, 1984.

On Monday, former Union Carbide India Chairman Keshub Mahindra and six others were found guilty of criminal negligence and sentenced to two years imprisonment. However, they were freed on bail on the very same day.

Images: Inside the horror that is Union Carbide
How the Bhopal gas tragedy trial unraveled
Is the Bhopal catastrophe like a traffic crime? 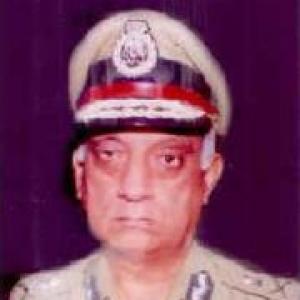 'Bhopal case due to worst of US, Indian cultures'