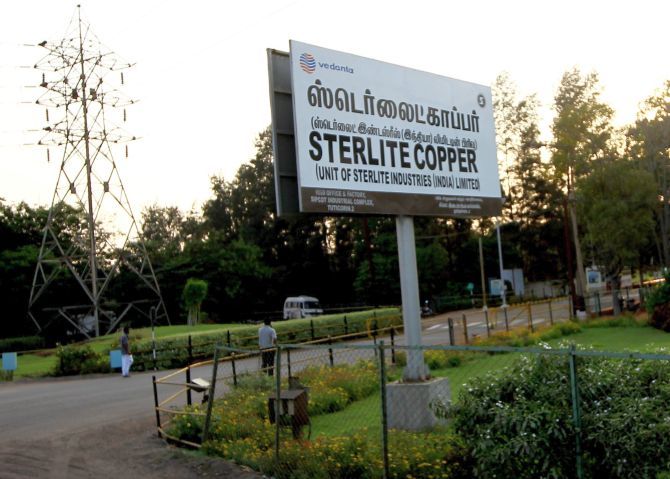 The Tamil Nadu government on Monday ordered the state Pollution Control Board to seal and “permanently” close the Vedanta group’s copper plant in Tuticorin following last week’s violent protests over pollution concerns during which 13 people were killed in police firing.

Soon after the issuance of the government order, top Tuticorin district officials sealed the copper smelter unit premises and pasted the order at the main gate.

Palaniswami told reporters in Chennai the “plant has been permanently closed”.

The government’s decision came a day ahead of the start of the state assembly session where it is likely to come under intense Opposition fire over the Tuticorin incidents.

Reacting to the closure, Vedanta Ltd termed it “unfortunate” and said it would decide the future course of action after studying the development.

“Closure of Sterlite Copper plant is an unfortunate development, especially since, we have operated the plant for over 22 years in most transparent and sustainable way, contributing to the Tuticorin and state’s socio-economic development.

We will study the development and decide on the future course of action,” Vedanta Ltd said in a statement.

The closure of the copper plant caps sustained protests and campaign for the last several years by the local people against copper factory over environmental pollution concerns.

The government order said it endorsed the recent closure direction of the Tamil Nadu Pollution Control Board, and also asked the TNPCB to “seal the unit and close the plant permanently”.

The document cited the Constitution’s directive principles of state policy (Article 48-A) enjoining protection of environment and provisions of the Water Act, 1974, to order the permanent closure of the copper factory “in the larger public interest”.

It referred to the PCB order of April 9 refusing to renew its consent to allow Vedanta’s copper smelter plant at Tuticorin to operate.

The order recalled how on May 23 the TNPCB had issued directions for closure of the unit and disconnection of power supply to it. The power supply was disconnected a day later.

The locals were protesting for the closure of the factory for 99 days. Protesters turned violent on May 22, the 100th day of their stir, and 13 people were killed in police action against them last Tuesday and Wednesday.

Asked what he had to say to the people of Tuticorin, the chief minister said, “Peace has returned to the town and it must continue, and people should cooperate with the government. Their demand has been fulfilled by Amma’s government.”

Palaniswami said people of Tuticorin were seeking permanent closure of the plant since it did not meet the environment related conditions of the National Green Tribunal and the Tamil Nadu Pollution Control Board.

Recalling the efforts initiated by late J Jayalithaa in 2013 for the closure of Sterlite plant following a gas leak incident that year, he said on March 29, 2013, the unit’s closure was ordered. Subsequently, power supply to it was discontinued and the unit was shut.

However, the plant approached the National Green Tribunal which allowed operations on August 8, 2013, he said.

The government had appealed against this direction in the Supreme Court and its petition is pending there, he said.

On April 9, the TNPCB had rejected a plea of the plant management for renewal of consent as pollution control norms were not being followed, and since May 24 the unit was not getting power and water supply, he said.

He said representatives of the protesting groups met him, Deputy Chief Minister O Panneerselvam and other top government officials at the Secretariat on Monday.

Earlier, Panneerselvam met those injured in last week’s police-public clashes and firing at a government hospital in Tuticorin and asserted that the government will take “resolute” steps for the permanent closure of the copper plant.

“Today, the main demand of the people is that the copper plant should be permanently closed. In keeping with their demand, it is shut now. I would like to make it clear that Sterlite plant will be permanently shut,” he said.

Quoting Jayalalithaa’s popular slogan of “Makkalal Naan, Makkalukagavey Naan (I am by the people and I am for the people),” Palaniswami said his was “Amma’s government” that followed in her footsteps and was committed to the welfare of the people.

“In deference to the opinion and sentiments of the general public, it was decided to close down the Sterlite plant and a Government Order has been issued today,” he said.

Reacting to the plant’s closure, Dravida Munnetra Kazagham working president M K Stalin said “It is an eyewash, a drama.”

Makkal Needhi Maiam chief Kamal Haasan described the closure as a victory for the might of the people.

Actor Rajinikanth, who is set to enter politics, said the closure was a “victory,” adding it was dedicated to the people who lost their lives in the police firing. 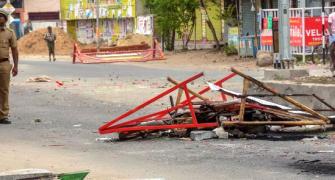 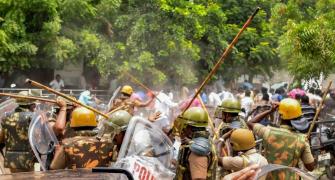 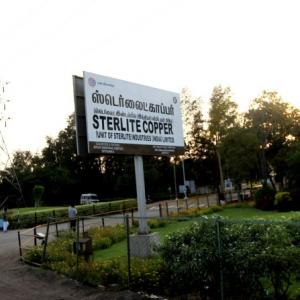