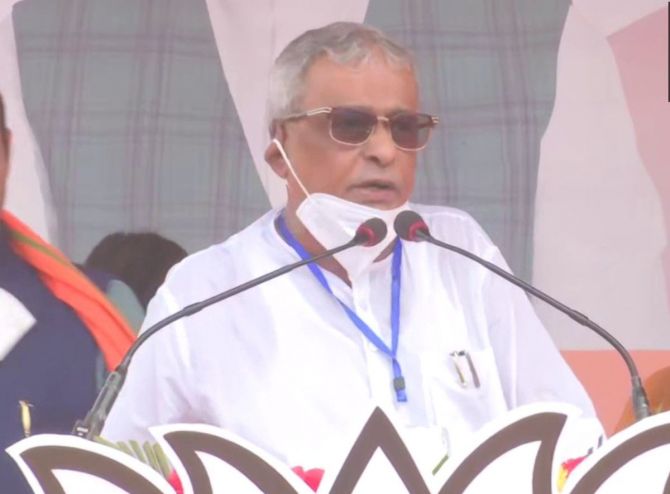 The patriarch of the Adhikari family -- which wields considerable influence in Bengal's Purba Medinipur district -- said that he had to work really hard to rise through the ranks in the TMC, but the treatment meted out to him and his sons, of late, forced him to switch camp.

"The way our family was driven out (of TMC) will be forever written in history. We will rise against all political attacks and atrocities in Bengal. We will work under Modiji and Amit Shahji," the Lok Sabha MP said, chanting 'Jai Shri Ram' and 'Bharat Mata ki Jai'.

Earlier in the day, Adhikari had asserted that his son Suvendu, locked in a fierce battle with Chief Minister and TMC boss Mamata Banerjee in Nandigram, will bag the seat at ease.

"Suvendu will win the elections by a huge margin. The TMC will be wiped out of East Midnapore," he told reporters.

Shah addressed a public meeting at Egra during the day.