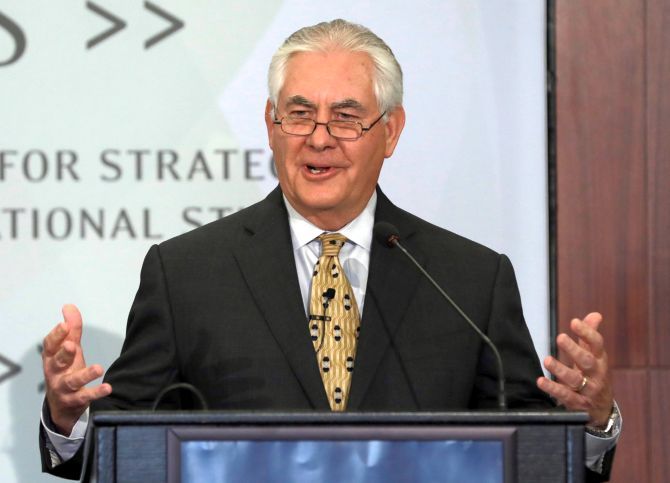 The United States is India's "reliable partner" at the world stage in this period of uncertainty and angst, Secretary of State Rex Tillerson said on Wednesday, sending a strong signal to side with India amidst China's "provocative actions" in the region.

In a major India-policy speech, the first by the Trump administration, Tillerson, who is scheduled to visit India next week, referred to the rise of China, saying its behaviour and action is "posing a challenge to the rules-based international order".

"China, while rising alongside India, has done so less responsibly, at times undermining the international, rules-based order even as countries like India operate within a framework that protects other nations' sovereignty,” he told a Washington audience ahead of his maiden visit to India as the top American diplomat.

"China’s provocative actions in the South China Sea directly challenge the international law and norms that the US and India both stand for," he said.

Underlining that the US seeks constructive relations with China, he said, "But we won't shrink from China's challenges to the rules-based order, or where China subverts the sovereignty of neighbouring countries, and disadvantages the US and our friends."

"In this period of uncertainty and angst, India needs a reliable partner on the world stage. I want to make clear: with our shared values and vision for global stability, peace and prosperity, the US is that partner,” Tillerson said.

He said the emerging Delhi-Washington strategic partnership stands upon a shared commitment upholding the rule of law, freedom of navigation, universal values and free trade.

"Our nations are two bookends of stability -- on either side of the globe -- standing for greater security and prosperity for our citizens and people around the world," he said, noting that the challenges and the dangers are substantial.

The scourge of terrorism and the disorder sown by cyber-attacks threaten peace everywhere. "North Korea’s nuclear-weapons tests and ballistic missiles pose a clear and imminent threat to the security of the US, its Asian allies, and all other nations, he said.

"And the very international order that has benefited India’s rise and that of many others is increasingly under strain,” he said.

Tillerson said with India’s youth, its optimism, its powerful democratic example and its increasing stature on the world stage, it makes perfect sense that the US at this time should seek to build on the strong foundation of its years of cooperation with India.

"It is indeed time to double down on a democratic partner that is still rising and rising responsibly for the next 100 years," he said.

"But above all, the world -- and the Indo-Pacific in particular -- needs the US and India to have a strong partnership. India and the US must, as the Indian saying goes, 'do the needful',” he said.

The Secretary of State said India and the US can be the voice the world needs them to be, standing firm in defence of a rules-based order to promote sovereign countries' unhindered access to the planet’s shared spaces, be they on land, at sea or in cyberspace.

"India and the US must foster greater prosperity and security with the aim of a free and open Indo-Pacific."

The two countries, he said, need to collaborate to ensure that the Indo-Pacific is increasingly a place of peace, stability, and growing prosperity, so that it does not become a region of disorder, conflict and predatory economics.

"The world's center of gravity is shifting to the heart of the Indo-Pacific. The US and India -- with our shared goals of peace, security, freedom of navigation, and a free and open architecture -- must serve as the eastern and western beacons of the Indo-Pacific," he said.

'US expects Pak to take decisive action against terrorists'

Tillerson said the US expects Pakistan to take decisive action against terrorists and such a move will improve Islamabad's international standing as well as stability in the region.

He also said that states that use terror as an instrument of policy will only see their international reputation and standing diminish, in an apparent dig at Pakistan.

"We expect Pakistan to take decisive action against terrorist groups based there that threaten its own people and the broader region," he said.

"It is the obligation, not choice, of every civilised nation to combat the scourge of terrorism. The United States and India are leading that regional effort together," he said.

By taking decisive actions against terrorists, Tillerson said, Pakistan furthers stability and peace for itself and its neighbours, and improves its own international standing.

President Donald Trump in August unveiled his Afghanistan and South Asia policy in which he had hit out at Pakistan for providing safe havens to "agents of chaos" that kill Americans in Afghanistan and warned Islamabad that it has "much to lose" by harbouring terrorists.

America's relationships in the region stand on their own merits, Tillerson told the audience.

In his major India policy speech, Tillerson said India-US cooperation in the field of counter-terrorism has strengthened in recent years.

"In the past decade, our counter-terrorism cooperation has expanded significantly. Thousands of Indian security personnel have trained with American counterparts to enhance capacity," he said.

The US and India are cross-screening known and suspected terrorists, and later this year, the two countries will convene a new dialogue on terrorist designations, he said.

"We are coordinating our counter-terrorism efforts more than ever before," the secretary of state said.

In July, Tillerson said, he signed the designation of Hizbul Mujahidin as a Foreign Terrorist Organisation because the US and India stand shoulder-to-shoulder against terrorism.

Tillerson said India can serve as a clear example of a diverse, dynamic, and pluralistic country to others -- a flourishing democracy in the age of global terrorism.

The sub-continent is the birthplace of four of the world's major religions, and India's diverse population includes more than 170 million Muslims, the third-largest Muslim population in the world, he said.

"Yet we do not encounter significant numbers of Indian Muslims among foreign fighters in the ranks of ISIS or other terror groups, which speaks to the strengths of Indian society," said the top American diplomat.

He said India is a partner of the US in Afghanistan.

"As we implement President Trump’s new South Asia strategy, we will turn to our partners to ensure greater stability in Afghanistan and throughout the region. India is a partner for peace in Afghanistan and we welcome its assistance efforts," he said.

Pakistan's Prime Minister Shahid Khaqan Abbasi last week warned that the Trump administration's desire to inject New Delhi in the war-torn country would be "detrimental" as he rejected any role for India in Afghanistan.

US President Donald Trump and Prime Minister Narendra Modi are committed to building an "ambitious" partnership that benefits not just their countries but also other nations working towards peace and stability, Tillerson told a Washington audience that Modi's visit in June highlighted the many areas of cooperation that are already underway in this new era of strategic relationship.

"President Trump and Prime Minister Modi are committed -- more than any of our leaders before them -- to building an ambitious partnership that benefits not only our two great democracies but other sovereign nations working toward greater peace and stability," he said.

"My visit could not come at a more promising time for the US-India partnership. As you know, this year marks the 70th anniversary of relations between our two countries," he said.

Tillerson said his relationship with India goes back to 1998, when he began working on issues related to India's energy security and has made many trips to Delhi.

"It was a privilege to do business with Indian counterparts then, and it has been my great honour this year to work with Indian leaders as Secretary of State. I look forward to returning to Delhi next week, for the first time in my official capacity," Tillerson said.

Referring to the fact that earlier this month, a shipment of American crude oil arrived in India, Tillerson said it was a tangible illustration of India and the US expanding their energy cooperation.

The Trump Administration is determined to dramatically deepen ways for the US and India to work together, he asserted.

Noting that more than 600 American companies operate in India, Tillerson said the US foreign direct investment has jumped by 500 per cent in the past two years alone.

The bilateral trade hit a record of roughly USD 115 billion last year, a number US plans to increase, he said.

"Together, we have built a sturdy foundation of economic cooperation as we look for more avenues of expansion," he said.

The announcement of the first Global Entrepreneurship Summit ever to be hosted in South Asia, to take place in Hyderabad next month, is a clear example of how President Trump and Prime Minister Modi are promoting innovation, expanding job opportunities, and finding new ways to strengthen both economies, he said.

US Secretary of State Rex Tillerson delivers remarks on relationship with India for the Next Century at the Center for Strategic and International Studies in Washington. Photograph: Yuri Gripas/Reuters 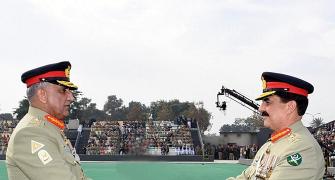 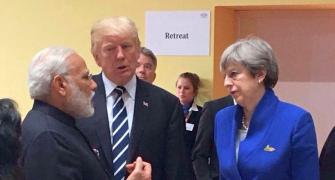