Source: PTI
August 03, 2012 20:46 IST
Lending his support to Anna Hazare's movement against corruption, former army chief Gen V K Singh on Friday asked the people to "throw" the corrupt out of power and support the alternative political force sponsored by the activist.

Making his first public appearance in New Delhi since retiring from the Army and sharing the dais with Hazare at his hunger strike site, Singh spoke at length about how sepoys are treated in the army and the kind of training they undergo to tackle any kind of disaster or problem.

The former army chief, who was among the 22 eminent personalities who appealed to Hazare and other activists to end their fast, asked the people to travel to every village in the country and spread awareness about corruption, its ill-effects and the alternative political force.

"It is in your hands. The right to vote is with you. You can throw the corrupt people out. Annaji is providing an alternative political force. Go to every village and spread awareness among people," Singh, who had a confrontation with the government on his age issue, said.

He also spoke about the J P movement of 1970s and said the famous slogan 'Quit the Throne, Public has arrived' is apt in today's atmosphere.

Heaping praises on the army, especially its men, Gen Singh said he was speaking as a sepoy and went on to add "when everything fails, if a bridge collapse or someone falls into a drain, we are called."

"I thank Anna Hazare and others for heeding to our appeal and ending the fast. Other than corruption, the issues, which are concerning the nation are black money, law and order, weakening Rupee and inflation. There is no governance and it has become directionless," Gen Singh said.

"When people in the army can work like this, why can't people in the administration do the same? We make everything work in the army. If we have the same will and desire, we can bring a change in the country," Gen Singh said.

He said Hazare and others had to end the fast to bring "right kind" of democracy in the country. "Remember one thing. Whenever there is an administration and you protest against it with your chest open to correct their mistakes, then those who are non-democratic and those who run false democracy attack you and try to malign your name," he said.

Gen Singh said the agitation was for "saving the country from corruption as there is no other way." 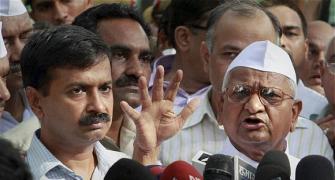 Drive for mass movement a better option for Team Anna 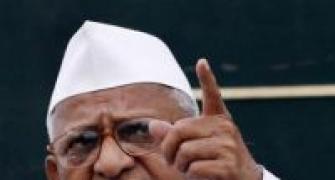 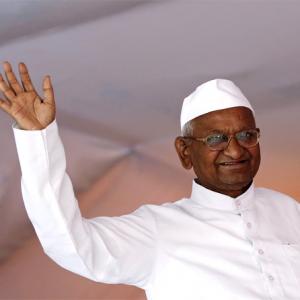 MUST READ: WHY Team Anna is joining politics