3 killed, 20 hurt in suicide blast near UN office in Pak

In a major flare up, a suicide bomber rammed his explosives-laden car into a United States consulate vehicle in northwestern Pakistani city of Peshawar, killing himself and two persons and injuring nearly 20 others, including two American nationals.

The consulate vehicle was attacked as it left the compound and was traveling through a diplomatic area that also houses office of the United Nations high commissioner for refugees at Aabdara Road in Peshawar, the capital of Khyber-Pakhtunkhwa province. The area has offices of several foreign organisations.

The bomber, who police said was carrying almost 100 kg of explosives including mortar-rounds, rammed into the US consulate car, triggering a massive blast which reverberated to the city, leaving two dead and wounding nearly 20 others.

Initially provincial Information Minister Mian Iftikhar Hussain said two Americans were killed in the attack, but the US embassy denied that any Americans were among the dead.

A statement issued by the US state department confirmed that a vehicle of the US consulate was hit in the terrorist attack.

"Two US personnel and two Pakistani staff of the consulate were injured and are receiving medical treatment. No US Consulate personnel were killed," the statement said.

TV footage showed the blast left the vehicle smoldering. The police later recovered half-burnt US passport from the car. Officials at the Khyber Teaching Hospital said they had received two bodies and 19 injured. Two women, two children and a policeman were among the injured. The officials

described the condition of two persons as serious. The UN also issued a statement, saying all employees of the UNHCR were safe.

Eyewitnesses, who included the police escort team of the consulate vehicle, said that within minutes of the explosion another car from the Consulate had reached the spot to take the injured Americans to hospital.

The powerful explosion was heard from several kilometers away. Footage on television showed debris strewn over a large area and huge flames leaping out of the US Consulate's SUV.

The SUV was completely destroyed and burned. The explosion reduced it to blackened and mangled metal. No group claimed responsibility for the attack though such incidents are usually blamed on the Pakistani Taliban.

The explosion created a large crater and blew out the windows of several cars and nearby buildings. Witnesses said the area was covered in thick black smoke after the blast.

Security forces cordoned off the site and members of the bomb disposal squad scoured the area for clues. The US Consulate in Peshawar and its personnel have been targetted several times in the past by terrorists.

In May last year, a remote-controlled car bomb targeted a convoy of US consulate vehicles, killing one person and injuring 11.

The Taliban claimed responsibility for that attack. In April 2010, three explosions went off in rapid succession near the consulate. Referring to Monday's attack, the state department statement said the US administration was 'ready to work with

Pakistani authorities on a full investigation so that the perpetrators can be brought to justice'. 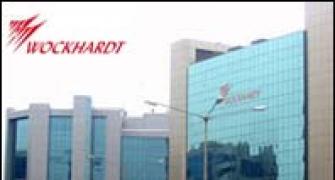